The Whistle Sports Network expands to the U.K.

In a move to bolster its European programming, the company is also adding YouTube's former head of football, Jeff Nathenson, to their team. 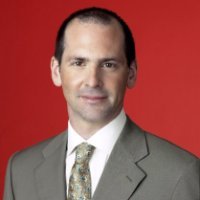 The Whistle Sports Network is opening its first international location in London with the intention to bolster programming that features European leagues and athletes.

Leading this new team is Jeff Nathenson, SVP of content partnerships and distribution for Europe, Middle East and Africa (EMEA), who previously served as head of football at YouTube.

Content produced by the London office will be available across all of Whistle Sport’s digital platforms, including the web, mobile apps and the Xbox app, which launched in mid-August. It will include original, behind-the-scenes, and cross-channel programming. The MCN will also be focusing on signing new creators and expanding sales and audience reach across Europe.

At YouTube, Nathenson arranged deals with global sports brands including UEFA, FIFA, La Liga, Ligue 1 and Lega Calcio, and executed sponsorships with Adidas and Gillette. Prior to that, he was the executive producer for feature programming for CNN London.

Since launching in January, The Whistle Sports Network has been rapidly growing both its content and subscriber base through partnerships with creators like Dude Perfect, sports leagues such as Major League Baseball, and teams such as the Harlem Globetrotters.