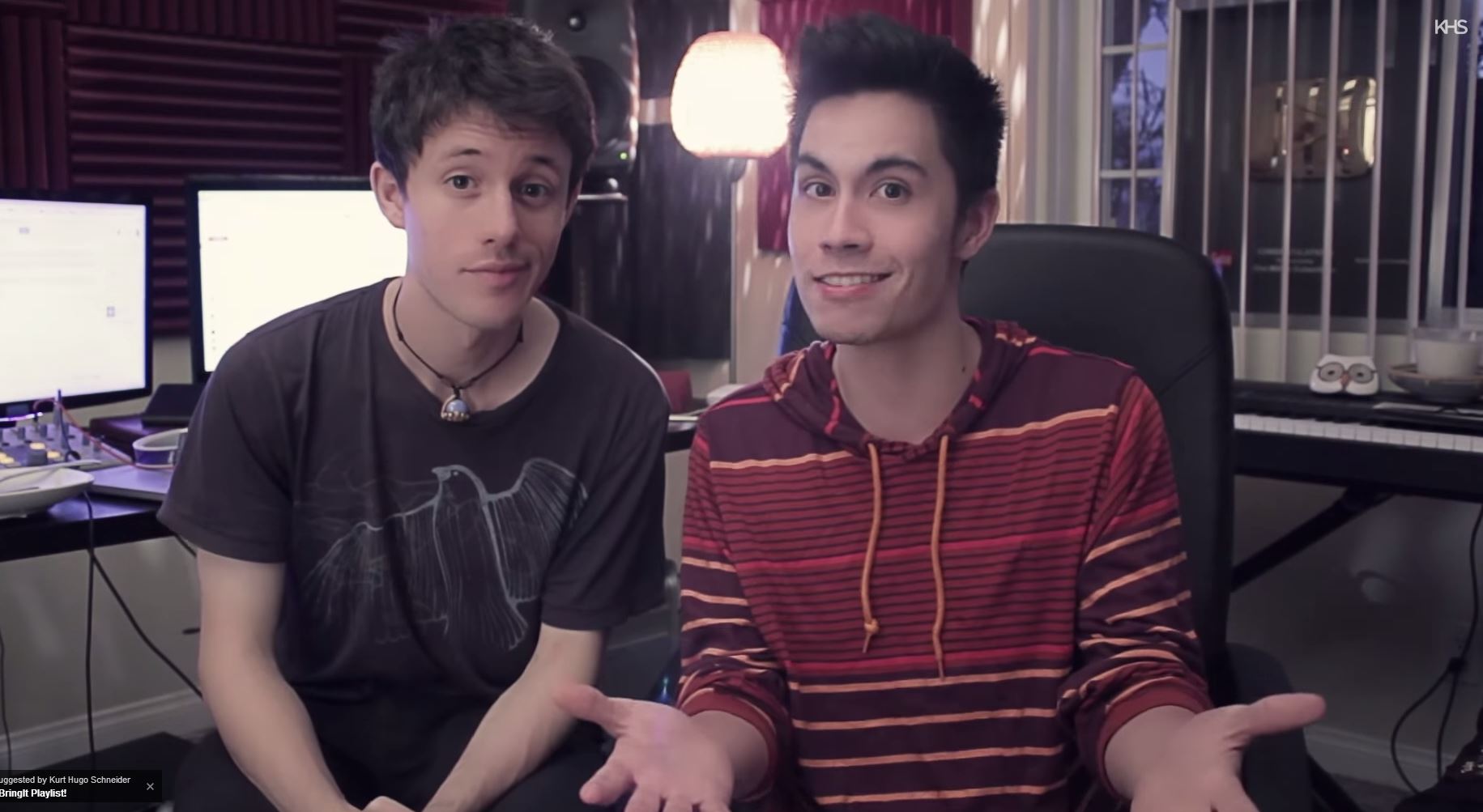 College Musical creator is not in it for the money

Kurt Hugo Schneider's feature-length collaboration is available on iTunes and Google Play, but he says the filmmaking experience is the real payoff.

Today, Schneider’s YouTube channel has more than 925 million views and 4.5 million subscribers, but the film was shot in July 2010 on the Yale University campus, just after he graduated from the Ivy League school, back when his stardom and the online video platform itself were still in their toddler stages.

Schneider says he doesn’t have a good reason for the long delay between completion and release.

“There are a lot of random projects that are sitting on my hard drive that I just haven’t really ever released for one reason or another, and this is one of those,”explains Schneider (pictured above left, with Tsui). “Finally, I just decided to put it out.”

The film’s release is being handled by Cinedigm. Wednesday’s live stream on Schneider’s YouTube channel was free, and now it is available for purchase on iTunes and Google Play for $7.99. It may later be distributed on Netflix and on demand platforms, depending on the success of the initial release.

Schneider says he doesn’t know if he’ll ever see a profit from College Musical, but for him the ROI was never about dollars and cents.

“I made the movie because I just really wanted do it,” Schneider insists, “and I feel like it was the best learning experience about filmmaking that anyone could ever hope for.”

College Musical was originally conceived as a short-form video series in January 2009 by Schneider and his Yale University roommates Andrew Johnson and Jack Bruene.

That summer, Schneider produced a YouTube medley of Michael Jackson songs, featuring high school and college classmate Tsui, that went viral in the wake of the singer’s death. With an eye towards capitalizing on the momentum, they decided to turn College Musical into a feature starring Tsui and fellow Yalies Julie Shain, Miles Jacoby, Emma Barash, David McIntosh and Brennan Caldwell and Williams (the daughter of NBC Nightly News anchor Brian Williams) in the leads.

Bruene took the lead on the screenwriting chores, while Johnson and Schneider collaborated on the original music score, and all three shared producing duties.

“Andy dealt with the nitty gritty of making sure locations didn’t kick us out,” Schneider says.

For the financing, he turned to his uncle Peter Schneider.

“I think it helped that we had absolutely no clue about how hard it is to make a movie,” Schneider admits. “Pretty much everyone involved with the project, it was their first time working anything of that scale – not just the cast, but the entire crew. They were our fellow students. We assembled an awesome team of our friends and we all sort of gave up a month to do nothing else but make this movie.”

“Fortunately, because most of the cast and crew were students, they were willing do the project for not much money,” says Schneider, and finding cheap equipment helped, too. “There’s this little rental house in Chinatown in New York City that we were able to get a decent deal renting a Red camera and some accessories for a month.”

Schneider says he’s not presently in contact with Williams, for whom he also produced video covers of Ke$ha’s “Tik Tok” and Leonard Cohen’s “Hallelujah.” But Tsui, Johnson and Bruene are actively involved in his current creative endeavors.

“And I still live with Andy (in L.A.),” Schneider says. “He’s my apartment mate right now.”