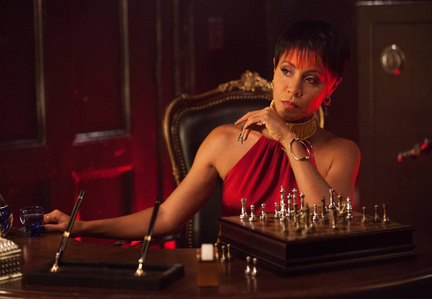 While Warner Bros. typically licenses shows country by country, the Netflix deal is "unprecedented" because it is international.

Netflix has made a deal with Warner Bros. Worldwide Television Distribution to pick up exclusive SVOD rights to Gotham.

While the distributor typically licenses shows country by country, the Netflix deal is “unprecedented” because it is international, according to Jeffrey R. Schlesinger, president, Warner Bros. Worldwide Television Distribution in a statement.

Premiering Sept. 22 on Fox in the U.S., Gotham stars Ben McKenzie (Southland, The O.C.), Donal Logue (Sons of Anarchy, Vikings), and Jada Pinkett Smith (The Matrix Reloaded). Each season of the series will be available on Netflix following linear broadcast, beginning next year.

“The Batman origin story is sure to have massive global appeal so it is fitting that, along with Warner Television, we have created a new model for distributing a show that international and domestic audiences will love,” added Ted Sarandos, Netflix’s chief content officer.