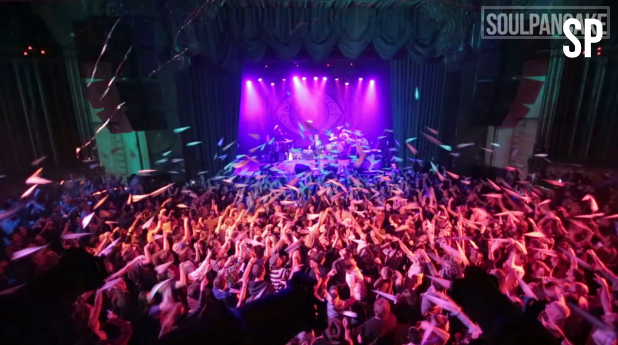 Is there much fanfare for YouTube’s Fan Funding program?

SoulPancake's channel manager says the crowdfunding program has seen success in beta, and the team plans to make a video to promote the feature.

During a panel discussion at the ViralCon industry conference last month, YouTubers discussed whether they would use Google’s fan funding feature — the level of enthusiasm varied.

Matthew Santoro, a vlogger who has nearly 2.5 million subs, said he would feel uncomfortable asking viewers to pay to support him. Others seemed excited at the prospect, provided that the tool was unassuming and unobtrusive to the viewing experience.

With the official rollout of the crowdfunding option, announced Monday in 4 major markets, we asked creators who’ve had access to the tool since it rolled out in beta for their thoughts.

But first, a few details: As previously announced, YouTube allows fans to “tip” channels up to $500, taking a 5% cut plus charging a small transaction fee, which varies slightly according to the market (see image at right, taken from Google’s blog post about the program). In order for a donation to go through, both the creator and viewer have to be in one of those countries — so a Canadian fan can not yet contribute to an American YouTuber.

SoulPancake is one of the handful of channels that has been testing the feature since June. Channel manager Georgia Koch says they’ve found the tool straightforward, and are excited for the potential of monetizing content further in this way.

“It’s also really important to us that it doesn’t distract or interfere with the content viewing experience, as (YouTube) pre-roll advertising can sometimes do,” she writes.

They have not done a lot of marketing or promotion so far, but that will change.

“For now, we’ve just utilized the feature and made a ‘Thank you for donating!’ video. Having said that, we are planning on making a video that explains the feature and drives folks to donate or support the channel in the coming months.” All of the funds raised go to all of the shows on the channel, she adds, but she would not disclose how much has been raised so far.

Another creator, Grant Thompson a.k.a. The King of Random says he has stopped using the fan funding feature because he’s uncomfortable asking fans for money. He also noticed donation rates were low.

“After hundreds of thousands of people per day seeing the fan funder banner over the videos, only a handful of maybe 2 or 3 per day were donating,” he tells StreamDaily via email, after being asked about his experience.

Perhaps the key to success is to actively solicit donations, à la PBS. After all, for those who feel comfortable doing so, there is no shame in asking for support from fans who really want to help a channel sustain the video content they produce.

“In our case, to be directly supported by our community and the audience that digests our content would be amazing,” says Koch.