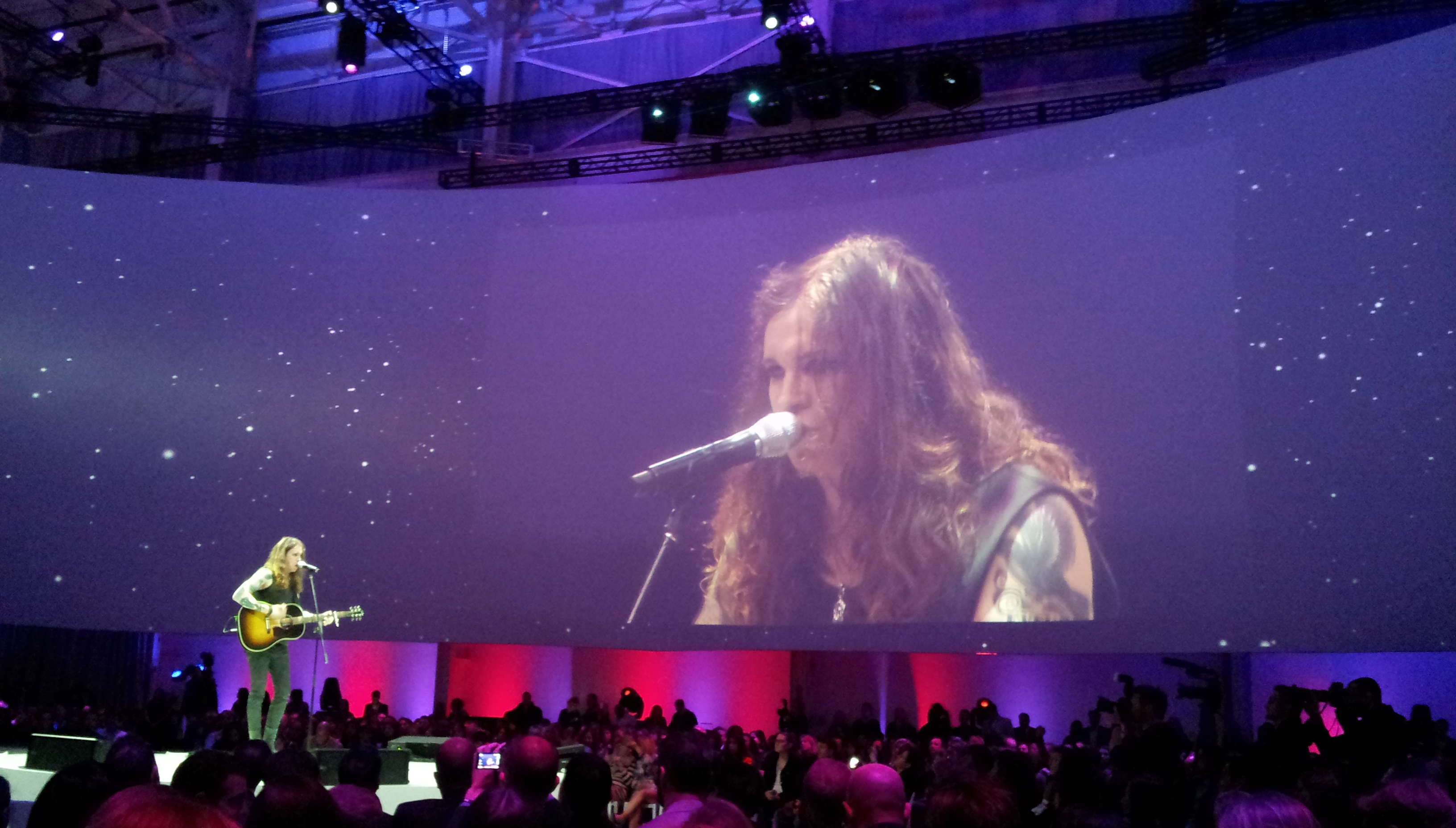 Listening closely to old Against Me! albums, fans can hear traces of Tom Gabel’s struggles with gender dysphoria in songs like “Violence” and “Searching for a Former Clarity.” But the lead singer is no longer hiding or deciphering feelings about the issue.

Since coming out publicly as transgender in 2012, the punk rocker has been living and performing as Laura Jane Grace. She is now giving fans an intimate look at her life and work in a new web series debuting Oct. 10 on AOL On.

The first 4 episodes (5 to 10 min.) of True Trans with Laura Jane Grace will premiere in the U.S. only, 1 day before National Coming Out Day. The docu-series explores Grace’s decision to come out publicly and the overall transition experience. It also shares the stories of other individuals from the transgender community.

“The opportunity I had while shooting this show was nothing short of tremendous,” said Grace, in a statement. “Getting the chance to listen to other people tell their stories of how life shaped their identities and views on gender couldn’t help but further inform my own understanding of just how complicated and also how simple all of it really is.”

Produced by AOL Studios, the series will be available on mobile devices through the AOL On app. It was first announced at the Digital Content NewFronts in April, where Grace performed (pictured).