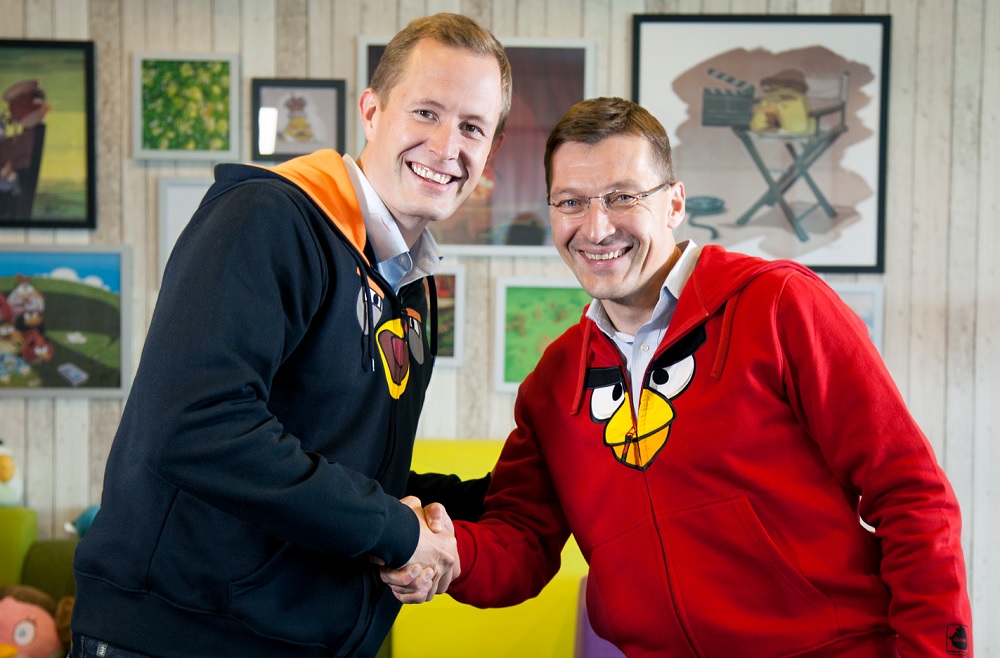 Mikael Hed will hand off the reins of the media company behind Angry Birds and Toons.tv to former Nokia exec Pekka Rentala.

After 5 years of leading the company that saw Angry Birds grow from app game to global entertainment phenomenon, Mikael Hed (left) will step down as Rovio Entertainment’s chief executive next year.

Rovio’s incoming CEO, Pekka Rentala (right), joined the company executive team earlier this year. Most recently, he was CEO of Finnish beverage company Hartwall, though his experience includes more than 20 years at Nokia, where he worked up from export manager to SVP of marketing worldwide.

Despite Rovio’s incredible growth during Hed’s tenure, the company recently announced its profit fell by more than half last year, from US$76.8 million in 2012 to US$37 million in 2013.

To diversify its offerings and make the company less reliant solely on app gaming, Rovio launched in 2013 the app-based video network Toons.tv, home to several Angry Birds cartoons and the original superhero series Chakra: The Invincible.  An Angry Birds movie is also in the works with Sony Pictures.