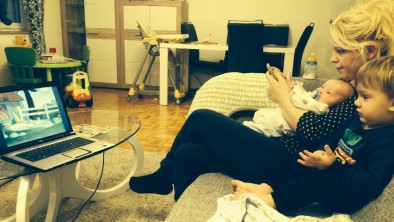 The new Canadian SVOD service will impact Rogers' and Shaw's broader telecom business, and financial analysts say that might not be a bad thing.

Abandonment of traditional television services may be what allows Canadian media cos Rogers and Shaw to succeed with Shomi, according to financial analysts.

Adam Shine, managing director and analyst for media and telecom at National Bank, says that since Shomi will initially be populated with content that could have been used to enhance Rogers and Shaw’s individual VOD services, it may increase the rate at which Canadians are cutting the cable cord, whether Rogers and Shaw want the new platform to be complementary to their traditional offers or not.

“One has to wonder if the potential attractiveness of Shomi doesn’t provoke cord-shaving as little-watched TV services get cut to accommodate the costs and time for Shomi usage,” he said in a report.

But with Shomi, cord-cutting may be what allows the service to compete with Netflix, which isn’t coming from a telecom company with multiple services to consider. Both Shine and Dvai Ghose, telecommunications, cable and media research analyst at Canaccord Genuity, point out that the business lost to cord-cutting has been offset by greater use of cable providers’ wireless and broadband services. Even though Rogers has said that development costs for Shomi have been modest, some in the marketing industry have expressed doubt and concern about how Shomi will pay for its content without the support of advertising revenue.

Though Shomi will be operating as a separate entity from Rogers and Shaw with a team of 50 employees, looking at the whole picture of the user, rather than the individual services they use could help the platform succeed without advertising, says Ghose.

“If Shomi provides popular and differentiated content, it could reduce customer churn for Rogers and Shaw and increase broadband and wireless average revenue per user over time,” Ghose says. “Consumption of Shomi will count against Rogers and Shaw’s customers’ Internet usage caps or wireless data plans. And it could make some customers choose Rogers and Shaw for broadband service versus their telecom competitors.”

Shine and Ghose cite estimates that Netflix has over 4 million users in Canada. Between Rogers, Shaw TV and Shaw Direct, Shomi will initially be available to an audience of about the same size. Ghose adds that the lower potential user base may make it hard for Rogers and Shaw to amortize incremental costs.

But Ghose also says that needing to increase scale might cause a dilemma. In order to increase scale, Rogers and Shaw may have to make Shomi available to other cable companies, such as Bell and Cogeco. Even if they don’t do so willingly, he says the CRTC may decide to make it a requirement to have it provided by other companies, despite the regulation precedent set by Netflix.

“If Shomi tackles the scale issue by also distributing through (other cable providers), how it would offer differentiation and retention for Rogers and Shaw?” he says. “Clearly, Shaw and Rogers would not be able to differentiate if Shomi is also provided by its competitors.”

But Ghose also says that content differentiation hasn’t worked for overall telecom business in the past, using Telus as an example. Telus owns no original content, but has reported stronger wireless and broadband subscriber growth than both Bell or Rogers over the last year. He says the differentiation has to come in overall service.

“Customers look to their access providers for high quality access at an affordable price and as a gateway for global content on the Internet, not for their own content,” Ghose says. “In our view, Rogers and Shaw may achieve better retention by focusing on customer service, simplicity and improving their stale cable TV interfaces. Telecoms are better served leaving content management to content experts and concentrating their capital and time on access, not content.”