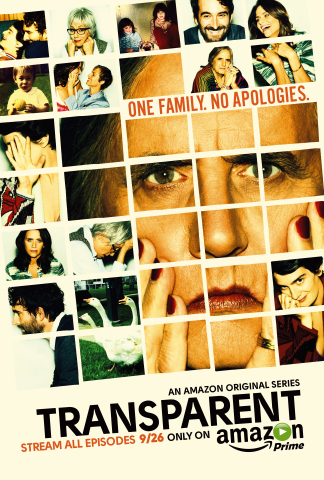 Taking a page from the Netflix playbook, Amazon Prime Instant Video will bow all 10 episodes of the first season of the Jeffrey Tambor-starrer on Sept. 26.

Taking a page from the Netflix playbook, Amazon announced on Wednesday that it’s giving viewers a binge-friendly release of its new series Transparent, with all 10 episodes debuting exclusively on Prime Instant Video in the U.S. and the U.K. on Sept. 26.

Typically, Amazon rolls out episodes of original series such as Alpha House on weekly basis, in the style of network and cable TV.

Transparent was one of 6 shows greenlit from Amazon’s second pilot season earlier this year, along with the hour-long dramas The After and Bosch; the half-hour dramedy Mozart in the Jungle and and the children’s shows Gortimer Gibbon’s Life on Normal Street and Wishenpoof!