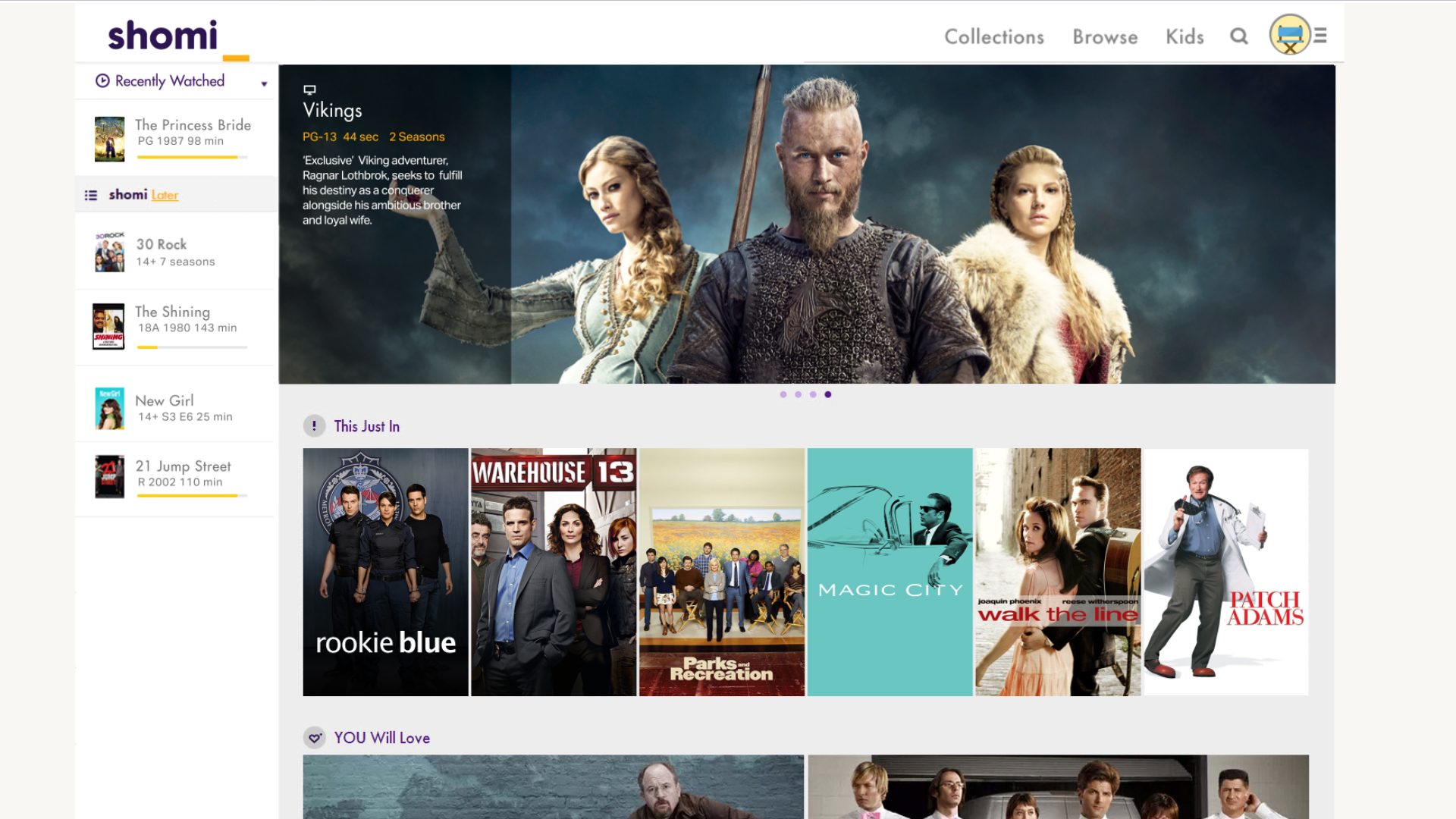 Rogers and Shaw unveil details for Shomi, an $8.99/month SVOD service that will join the fight for exclusive streaming rights.

Canadian media and cable giants Rogers and Shaw have partnered to launch the long-rumored Shomi, a subscription-based VOD service that aims to take on streaming video players like Netflix.

Original content is part of the plans for the service, although there won’t be announcements for another 6 months to a year, said Keith Pelley, president of Rogers Media, at an event unveiling the product in Toronto.

“It’s definitely on our road map … creating Canadian content is what we do,” he said.

For now however, Shomi programming includes catch-up seasons of TV shows that air on Rogers and Shaw properties such as Modern Family, 2 Broke Girls, Vikings, New Girl and 24: Live Another Day. The companies’ versions of “TV Everywhere” products such as Rogers On Demand and Shaw Go apps will carry live or next-day broadcasts of seasons that are currently on air.

Shomi does have some exclusive streaming rights to certain shows, for example FX Canada’s Tyrant. Although there will be some overlap with content that Netflix carries, Barb Williams, SVP of content at Shaw Media, says the broadcasters will use their expertise to acquire content that “Netflix hasn’t been able to get their hands on.”

The Shomi team is open to new distribution partners with fellow Canadian broadcasters, and are in talks with the CBC to potentially carry some of the pubcaster’s programming, Williams added. They are not looking for new equity partners.

Shomi will roll out in beta at the start of November for $8.99 a month for Rogers and Shaw TV or internet customers. Up to 6 profiles will be available on each account, with users being able to watch on 2 devices at once. Kids can select their own profile that has parental controls in place.

At launch, Shomi will have 11,000 hours of TV shows, 1,200 movies, 340 TV series, with 30% of that content being Canadian TV shows and films. The service features a slick user interface that will combine recommendation algorithms with human curation — so subscribers could see featured picks from TV personalities like Rick Campanelli, for example.

Netflix has a strong presence in Canada, but Pelley says their research shows that “consumers can sustain 2 or 3 or even 4 SVOD services” in this market.

Rogers is a diverse communications and media company that saw $12.7 billion in revenue last year. It provides wireless and cable services across the country, is one of the largest print and online publishers in Canada and it owns numerous TV and radio broadcast assets.

While the majority of the company’s revenues (57%) come from its wireless business, cable and media represent 27% and 13% respectively, meaning protecting its dominance in the TV and entertainment sector is of vital interest. If it has to flex its muscle it will — for example, last fall Rogers made a landmark deal with the NHL worth $5.2 billion to secure all national rights over 12 years.

With files from Val Maloney