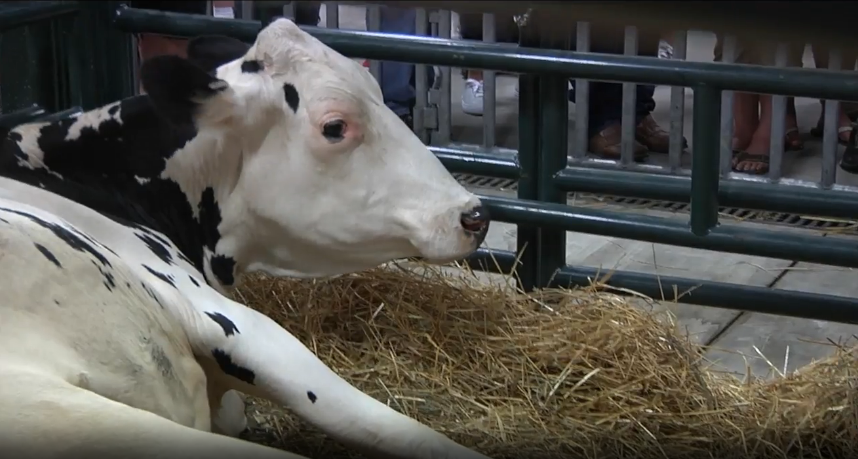 “This is just the beginning of a significant initiative where Animal Planet will offer our audience unprecedented live coverage of animal births and other astonishing moments of the natural world.”

The net’s Labor Live cam will film the deliveries of calves, lambs, piglets and chicks from the Nebraska State Fair and stream them through a number of online feeds  through the Animal Planet Live platform. Broadcast viewers, meanwhile, will receive breaking alerts when animals are born, directing them to view the content online.

Also featured online will be interviews with veterinarians from the University of Nebraska, as well as morning reviews and lunchtime talks with animal experts.

The Labor Live cam is the latest addition to the net’s streaming service, launched in April 2013, that offers more than 20 cameras documenting animals such as penguins and belugas. The service is available on desktop and mobile devices at APL.TV as well as Xbox, Roku, Amazon Fire and select Samsung Smart TVs.

“The miracle of birth is perhaps the most beautiful and wondrous moment in all of nature, and Animal Planet will offer viewers the unique chance to witness it live,” said Rick Holzman, GM and executive VP of Animal Planet.

“This is just the beginning of a significant initiative where Animal Planet will offer our audience unprecedented live coverage of animal births and other astonishing moments of the natural world, both on-air and online at Animal Planet Live,” he added.

In addition to the Labor Live experience, the net will run a daily marathon of Dirty Jobs from August 29 through September 1, along with the season premiere of Too Cute: Pint Size on Saturday at 8 p.m. EST/PST.

Finally, Sunday will see the the world premiere of Mud Lovin’ Rednecks – which follows the Alabama owners of a mud bog business – at 8 p.m. EST/PST.