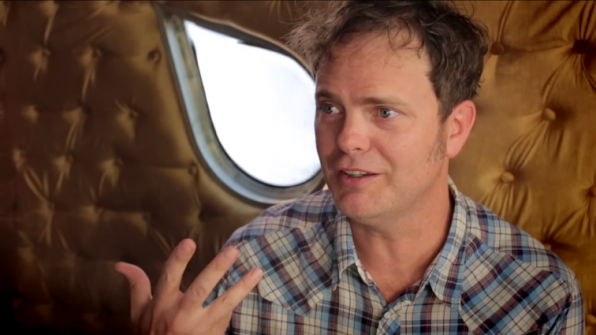 Pivot TV, a youth-focused entertainment network that just launched this month, has made a deal with SoulPancake for a new segment led by actor Rainn Wilson.

Wilson, who founded SoulPancake, a production company and digital network, will ask celebs to join him in the back of his ’70s van for a conversation that also includes “positive psychology experiments.” Guests include actors Mindy Kaling and Joseph Gordon-­Levitt, singer Serj Tankian from System of a Down, comedian Russell Brand, and Elon Musk, founder of Tesla and Space X.

The SoulPancake  YouTube channel airs web series like Metaphysical Milkshake, Stories from the Street, and Art Attack and Kid President, which recently got picked up by The Hub.

Pivot, which launched nationally Aug. 1 as a Pay TV channel and web-streaming platform via the Pivot App, is owned by Participant Media.