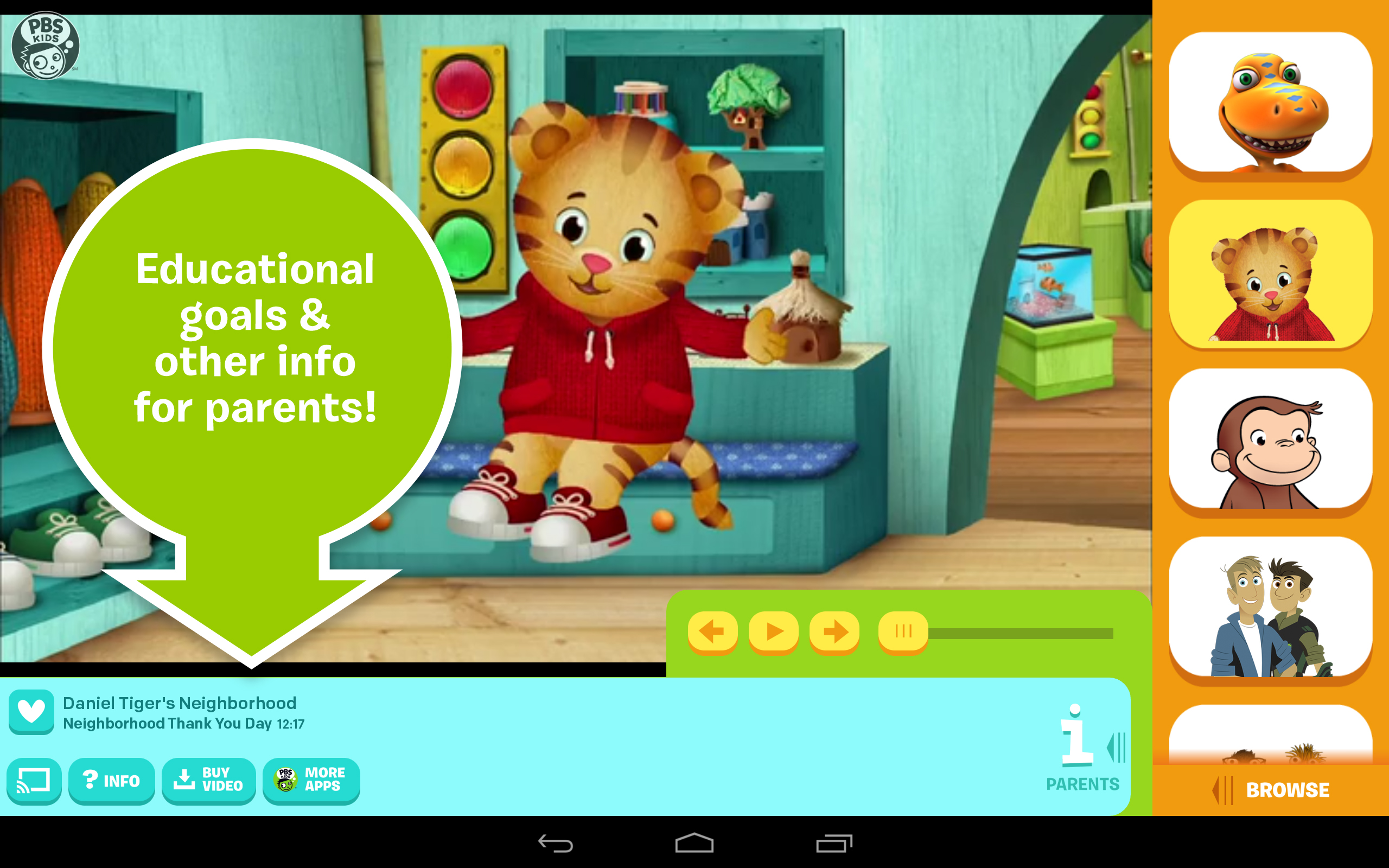 In accordance with its mandate to be an innovator in children’s educational media, PBS Kids recently extended its PBS Kids Video app to Android and Windows devices. It also inked a deal with Apple TV to provide on-demand access to thousands of episodes and clips.

DeWitt says PBS Kids will continue to offer the app for free, but there is a feature  in the app that allows for electronic sell-through of individual episodes because all of the episodes won’t be on the app forever.

Moreover, the pubcaster has secured a deal with Chromecast, marking the first time Google has partnered with a kids content provider specifically for its Wifi-enabled digital media player. The deal, sealed on the heels of a content renewal agreement with Netflix, puts PBS Kids in a position to delve deeper into second-screen streaming experiences.

“If you think about Chromecast as a two-screen experience from an educational perspective, there are great things we can experiment with like providing additional information about a show to the person holding the mobile device or play-along mobile content for kids while they watch a show,” says Sara DeWitt, VP of PBS Kids Digital. “This is just the beginning of how we might experiment in the second-screen space.”

As for the monetization strategy, DeWitt says PBS Kids will continue to offer the app for free, but there is a feature  in the app that allows for electronic sell-through of individual episodes because all of the episodes won’t be on the app forever. “The sponsorships and underwriting that we have on TV also carry over to the app, but we are still committed to this being a free service for parents,” says DeWitt.

She notes that PBS Kids modeled its Chromecast initiative on one of its recent app launches, PBS Kids Super Vision. Currently available on iOS devices, but heading to Android this fall, the app lets parents keep track of their kids’ screen time.

“It’s a second-screen experience where the parent syncs his or her phone to the child’s desktop or tablet experience with pbskids.org, and as the child plays, the parent gets real-time information about what he/she is watching or playing, and for how long,” says DeWitt.

She adds that PBS Kids’ cross-platform projects boost the overall exposure of the brand.

“They help all of the properties get new eyeballs. We are in the same situation as all of the other media providers,  in that we’re trying to figure out what’s the right mix. We didn’t do this to necessarily boost TV ratings, because kids aren’t necessarily using TV in the same ways they used to.”