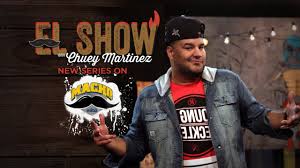 The Latino MCN has signed a synergistic multi-year, multi-platform deal with the Mexican media giant.

MiTú announced on Thursday that it has signed a multi-year, multi-platform deal with Mexican media giant Televisa.

Televisa will leverage MiTú’s digital expertise and its roster of emerging Latino talent to develop content across various digital platforms. In turn, the Mexican media giant will work closely with MiTú to strategically distribute its content, allowing for brands and other potential partners to draw on Televisa’s wide-ranging media and communications portfolio, which includes radio, publishing and professional sports holdings, as well as a diverse range of TV properties.

In June, the Culver City-based company announced that it had has raised $10 million in a Series B funding round led by Upfront Ventures (a key backer of Maker Studios) to build out its production facilities in Los Angeles and Mexico City, as well as expand its engineering and sales teams.