Barcroft Media is shuffling its production staff as it preps to launch new channels and produce longer content for its web-TV division.

Barcroft Media is expanding its editorial and production teams as it prepares to launch new channels and produce long-form programming for its web-TV division. 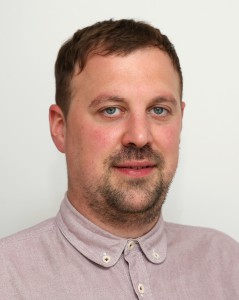 Alex Morris (pictured left), formerly head of digital at Barcroft Media, has been promoted to creative director, overseeing content and partnerships across the business, the U.K.-based company announced Friday.

At Barcroft Productions, Jo Enyori is joining as head of development, coming to the company from London-based Thumbs Up Productions. Jo previously held in-house roles at ITV and BBC as development producer.

Barcroft will develop half-hour programming for its new verticals both internally and with third-party producers. The company’s founder, Sam Barcroft, recently discussed the strategy with StreamDaily, including plans to take a Silicon Valley, beta-testing approach to new channels, and reasons why he thinks there’s a big opportunity to monetize long-form video on the web.