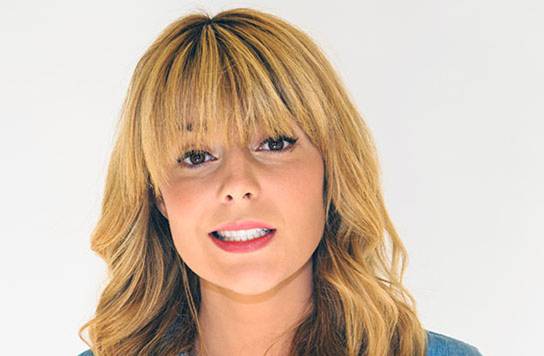 The show is the latest in a string of platform-jumping career moves by the YouTube star.

YouTube star Grace Helbig is making a pilot for E! Entertainment Television, her manager Ken Treusch confirmed on Thursday. The program is described as a hybrid variety/talk show.

Of course, a pilot order is no guarantee that Helbig will be the next Jimmy Fallon – or that the resulting chatfest will ever air. But Helbig – who rose to fame with her MyDamnChannel web series DailyGrace – has been aggressively exploring different mediums and genres in recent months, from the feature length comedy Camp Takota, released digitally in February, to the new comedic travel show #HeyUSA on the Astronauts Wanted YouTube channel, both of which pit her opposite fellow online star Mamrie Hart.

Like many other YouTube stars, from Justine Ezarik (iJustine) to her buddy Hart, Helbig is writing a book, titled Grace’s Guide: The Art of Pretending to Be a Grown-up, due in stores Oct. 21.

Helbig has been taking control of her brand, leaving MyDamnChannel at the beginning of the year to sign with Fullscreen, and subsequently shifting her YouTube work to her self-owned channel itsGrace.

On Aug. 15, Helbig will be hitting the road again with Camp Takota co-stars Mamrie Hart and Hannah Hart (no relation to Mamrie) with their #NoFilter comedy variety show. The tour comes to L.A. for a show at the Wiltern Theatre on Aug. 21.