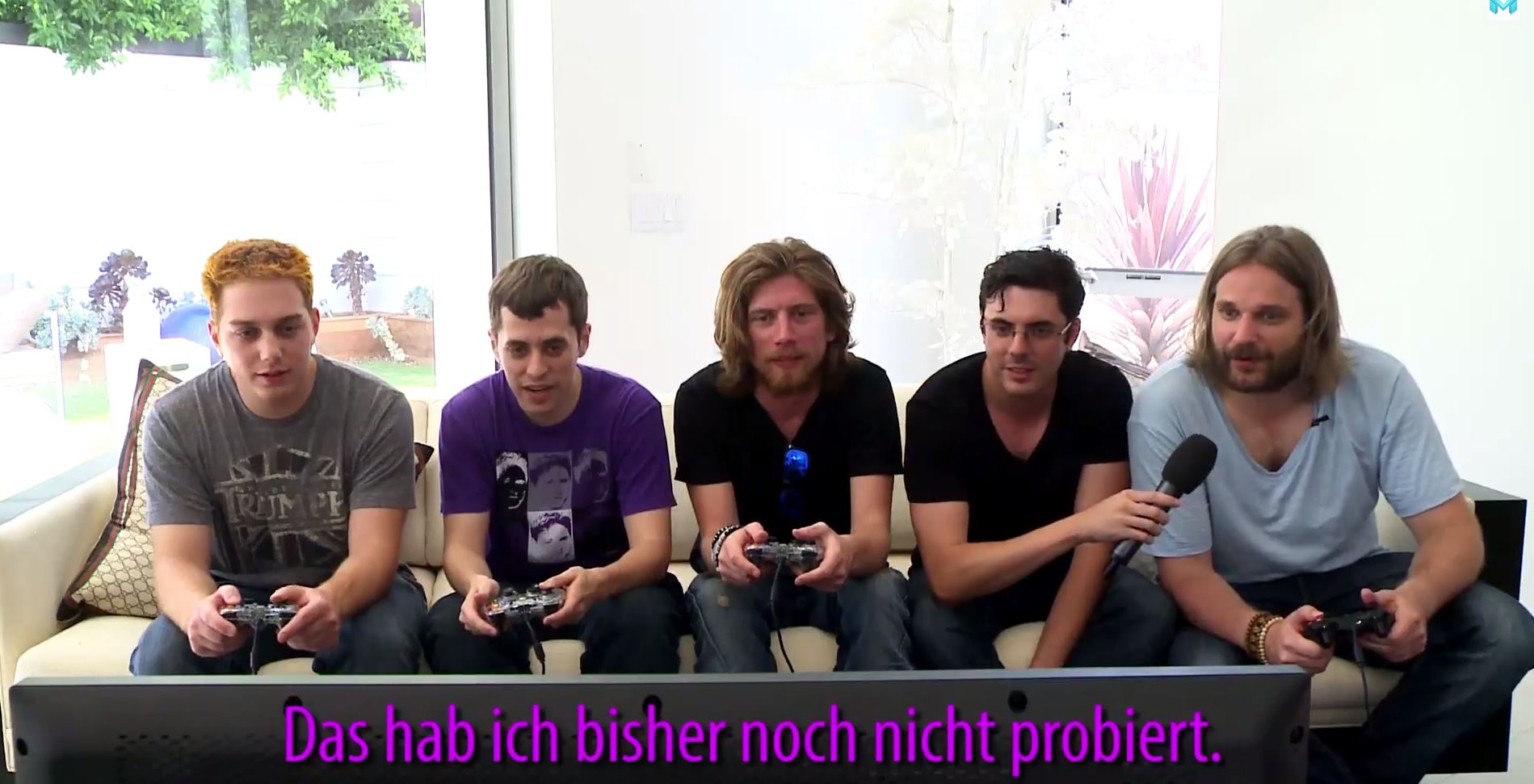 Video: Studio71 and its parent company ProSiebenSat1 Group contine their American invasion with a round of Pandamonium.

Jovenshire (Joshua Ovenshire), Sohinki (Matt Sohinki) and Lasercorn (David Moss) of Defy Media’s Smosh Games paid a visit to Studio71’s The Mansion on Monday to square off with German YouTube stars Gronkh (Erik Range) and Sarazar (Valentin Rahmel) in a series of gaming grudge matches that will air on both of their channels.

Last week StreamDaily had an exclusive advance peek at their first gaming encounter, a round of Pandamonium (check it out above).

They are the second U.S. YouTubers to visit the West Hollywood house where the series is based, following last month’s virtual drop-by by Steven Williams (Boogie2988), who faced off with PietSmiet in a game of Mario Kart 8 via videolink from his home in Arkansas.

Gronkh is Germany’s biggest YouTube star, with more than 3 million subscribers and nearly 1.14 billion views and Sarazar is not far behind (1.39 million subscribers/287 million views). The two have been the mainstays of The Mansion, which has also featured extended in-home visits from other top Deutsch online stars, including MissesVlog (Kelly Svirakova), David Hain and Fabian Siegismund, as well as frequent pop-ins by German native and American cross-over star, D.J. Flula.

Since launching in June, The Mansion has picked up more than 167,000 subscribers and 9 million views with its mostly German-language adventures.

By collaborating with Smosh Games, which has more than 4.7 million subscribers and 875 million views, Studio71 and its parent company ProSiebenSat1 Group are looking to create alliances that benefit both the talent and American branded entertainment sponsors looking to reach the rapidly growing worldwide online video market.

Image screengrab from “The Panda doesn’t like you! Smosh Games at The Mansion.”