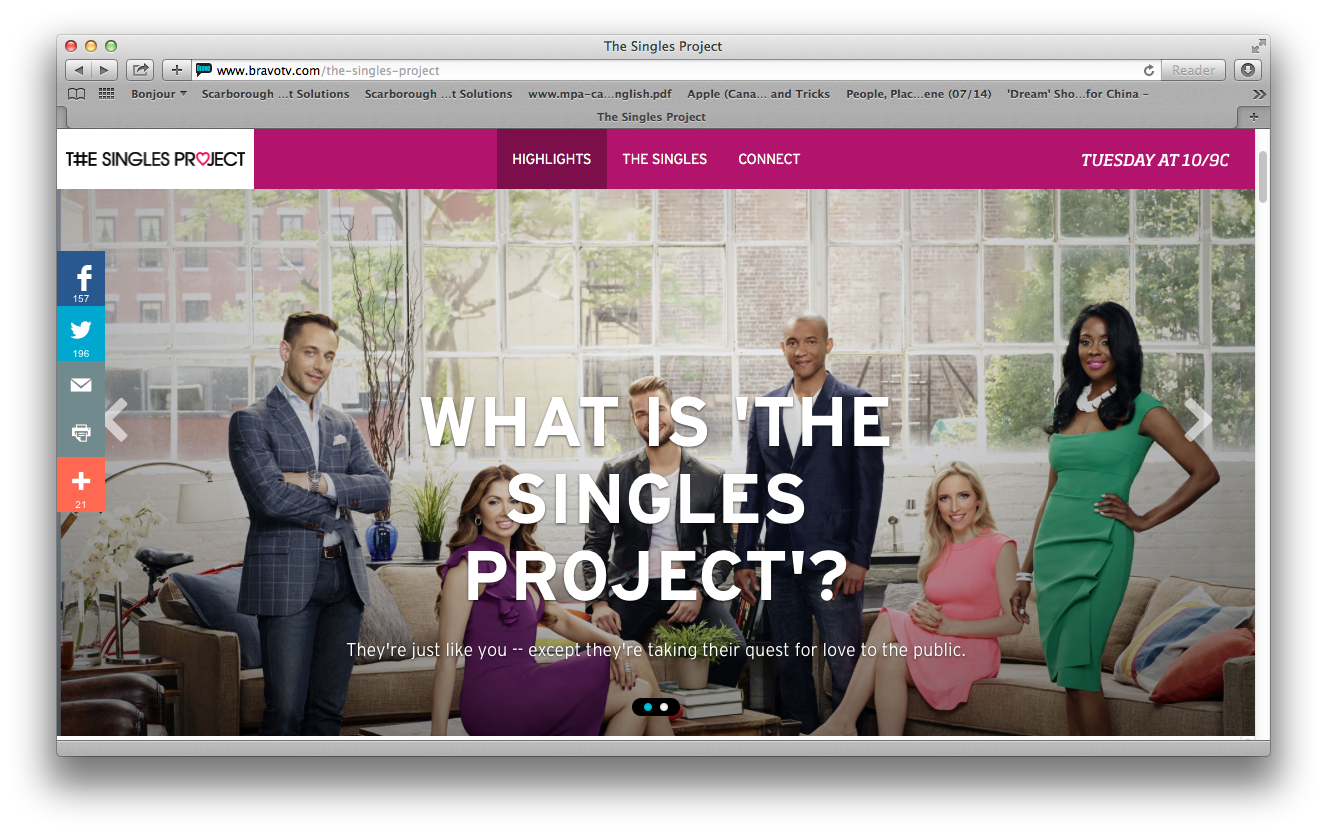 With real-time social interaction directly with the cast, viewers can make suggestions as to how dating scenarios will play out.

Bravo is banking on online videos and social media to ramp up the drama in its new TV dating series The Singles Project, premiering August 12.

An online hub was launched for the reality show, which will allow viewers to interact with cast members during and after airings, as well as potentially have a hand in determining how on-air scenarios play out.

Segments of the show will include  “The Morning After,” featuring Twitter Q&A’s that connect viewers directly with cast members to hear the juicy details of the previous night’s dates, and the “15-second flirt,” where fans can create their own social media videos, and possibly snag a date with one of the cast members, if he or she likes what they see. The show’s web page will also host live after-show chats, where viewers can offer their own opinions on the dates and relationships.

“We wanted to create a completely unique digital experience for The Singles Project,” said Lisa Hsia, EVP of digital for Bravo & Oxygen Media, in a statement. “Bravo has an extremely engaged and socially savvy audience that wants their voice to be heard, which made this show a great fit for the network. We are breaking the fourth wall on this one – fans can impact cast members and what’s happening on air in a way that hasn’t been done before. The possibilities are endless.”

15-second Flirt, Bravo, The Morning After, The Singles Project