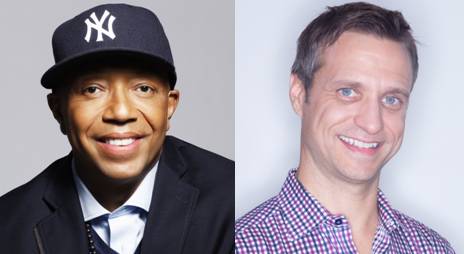 The latest round of funding, led by Greycroft Partners, will be used to accelerate All Def's talent development initiatives, original programming and branded entertainment, as well as its MCN.

The financing will be used to accelerate the company’s cross-platform growth, talent development initiatives, and original programming, as well as its branded entertainment and multi-dimensional sponsorships.  A portion will also be dedicated expanding its multi-channel network.

As part of the deal, Greycroft partner Mark Terbeek (pictured, above right) will join the board of directors of All Def Digital.

Founded in August 2013 as a partnership between Rush Digital Media and AwesomenessTV, All Def Digital is dedicated to delivering comedy, music, news and poetry aimed primarily at urban audiences. Its co-founder Russell Simmons (pictured, above left) is a serial entrepreneur whose previous successes include the clothing line Phat Farm and Def Jam Recordings, which launched the careers of the Beastie Boys, LL Cool J and Public Enemy.

The latest round of financing also includes participation from Advancit Capital, e.ventures and Nu Horizons Investments, the latter of which is a fund that was jointly established by Simmons and his now ex-wife Kimora Lee Simmons-Leissner.

With offices in New York and Los Angeles, Greycroft manages $600 million and has made over 100 investments in companies such as Huffington Post, Maker Studios and Pulse.

“We have had the pleasure of backing some great teams in this sector and when we had an opportunity to invest in All Def Digital, we jumped at the chance,” said Terbeek in a statement. “When it comes to nurturing and introducing global audiences to new art forms and new artists, Russell is a one-of-a-kind visionary. I’ve worked closely with Sanjay for five years and have seen the impact his strategic vision and operating expertise had in creating the MCN model itself. The opportunity to take prior learnings and build a transformative new brand, that spans video and music content, in this category, is tremendous.”