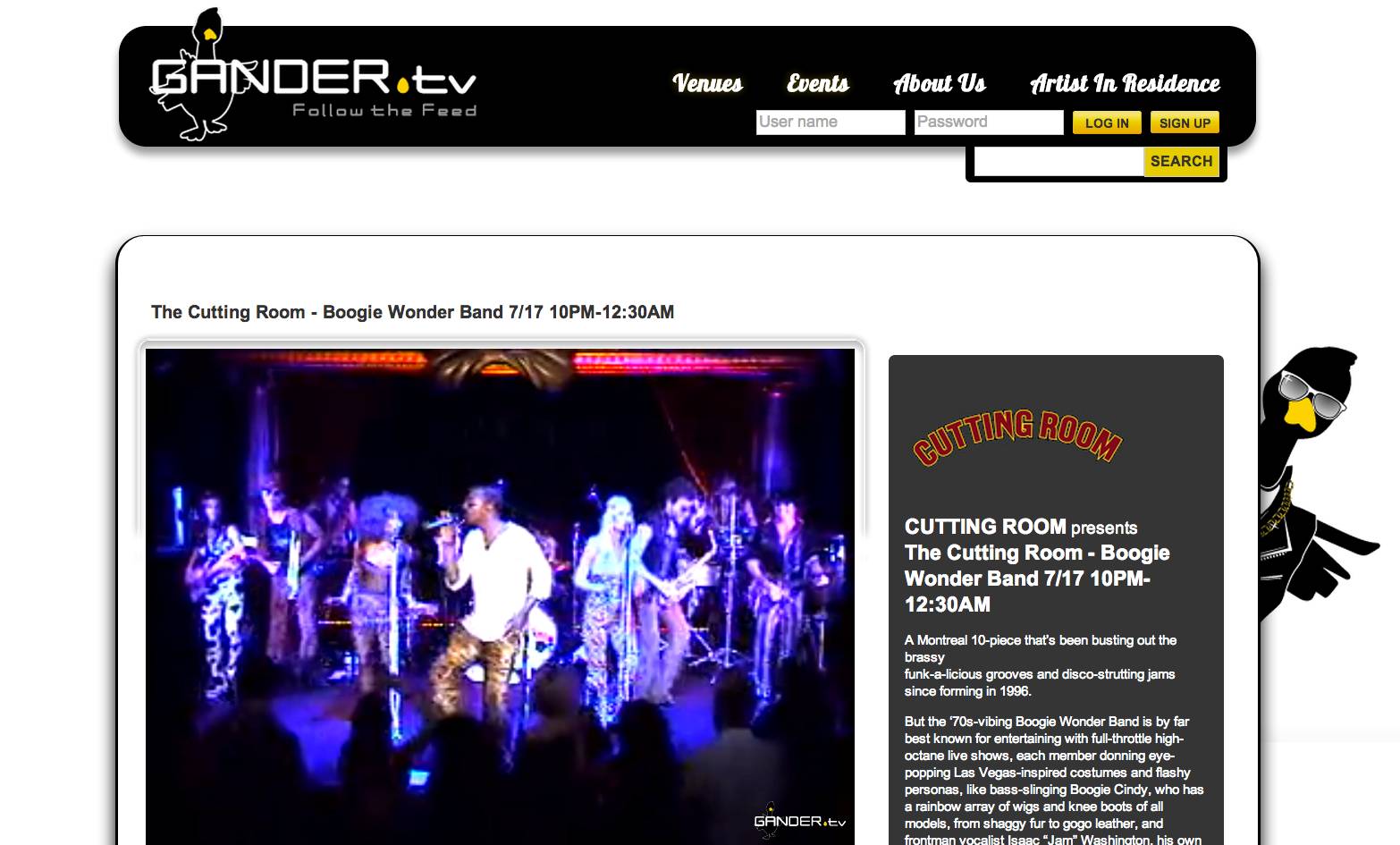 The proprietary video streaming network gives users live performances from nightspots ranging from The Cutting Room to Webster Hall, while boosting revenues and social media presence for the venues.

These days, major music festivals, from Coachella to Bonnaroo, have been live-streaming performances on the internet. For nightclubs and halls that don’t have access to international touring acts and major corporate sponsors, however, it generally isn’t a feasible option.

But in New York City, a company called Eyes on the Go has been rolling out a platform called Gander.tv, carrying free ad-supported live streams and pay-per-views for 200-plus performances a week, as well as archived concerts from venues such as The Cutting Room, Brooklyn Night Bazaar, the Village Underground and Webster Hall.

For instance, for $1.99, users can virtually attend the Friday Night Slam at Nuyorican Poets Café.

“We’ve done a few thousand pay-per-views over the last year-and-a-half, and our traffic has grown over 1,700% since the end of last year,” says Eyes on the Go CEO Chris Carey, who launched the company in 2012. “We’ve charged from 99 cents to $5.99, but we’re gravitating more towards a subscription model, a little more like Spotify or Pandora.”

Venues get a share of the revenue, but the more significant benefit may be promotional.

“Many venues work very hard with social media and digital marketing efforts to get 20,000 people to come to their website in a month,” Carey says. “We have a set of applications that allow the artist and venue to leverage their social media contacts, with email blasts, etcetera. We send out links to the performers’ fans, the venue attendees, our contact databases, so it’s really promoted as an event, instead of just having the video loaded up on YouTube.”

Gander.tv sets the venues up with a remote-controlled camera and an audio hook-up to the soundboard, and it has a team monitoring the stream to adjust the angles and the sound levels during the event.

“All the venue has to do is provide us access to their internet connection,” Carey says.

It could be argued that regularly live-streaming shows will reduce profits generated by in-person customers who buy tickets and drinks.

“We get some initial worry about that, but if you go to our web site, you can see this is not the same experience as going to the venue and hanging out at the bar,” Carey says. “We’re just enhancing the relationships with their customers and their prospects.”