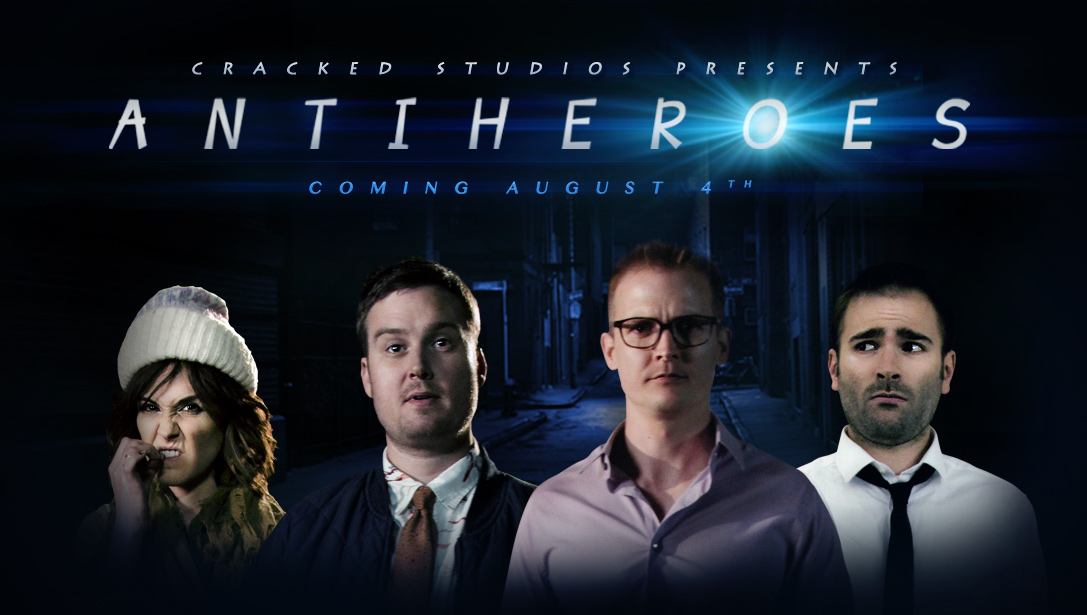 Two different shows about superheroes debuting on the same day might seem cataclysmic, but rather than fighting over viewers, they’re in cahoots.

Cracked Studios, the video production unit of comedy website Cracked.com, is launching Antiheroes on Monday, a show about a group of slackers who have special powers but go out of their way not to fight crime. The 5-episode series is sponsored by Hulu’s animated comedy The Awesomes, which debuts its second season on Monday as well.

Such collusion in the digital world comes as no surprise to Jack O’Brien, editor-in-chief and GM of Cracked.

“I feel like the online comedy space is very collaborative rather than competitive,” O’Brien said in an interview after a panel session this weekend at Just For Laughs Comedy Pro in Montreal. “When I see Funny or Die get a TV show or a movie or whatever, that just makes me excited. They’re laying down the tracks for us.”

Cracked Studios launched in January with the intention to create fictional universes that O’Brien feels his video team can explore in a unique way. So far this year, Cracked’s production studio has also launched Adventures in Jedi School and Rom.Com, and O’Brien is working on a new apocalyptic series he hopes to launch later this year.

“The idea came from having produced a bunch of one-off sketches over the past 3 years and seeing the quality increase and increase to a point where I was like, ‘Why aren’t we making narrative?'” he said, about the reason for launching Cracked Studios. “I would put our writers against any writers in the world,” he added.

The Hulu sponsorship was arranged by Electus Digital and Cracked.com’s internal team. Demand Media, Cracked’s parent company, announced in March that Cracked would be repped by Electus Digital’s sales team under a comedy banner that also includes CollegeHumor and Dorkly.

“I really want our team to focus on creating a bunch of different ideas so we can then at the end not just see what we’re excited about but also get a sense of where the brand interests lie,” O’Brien said.