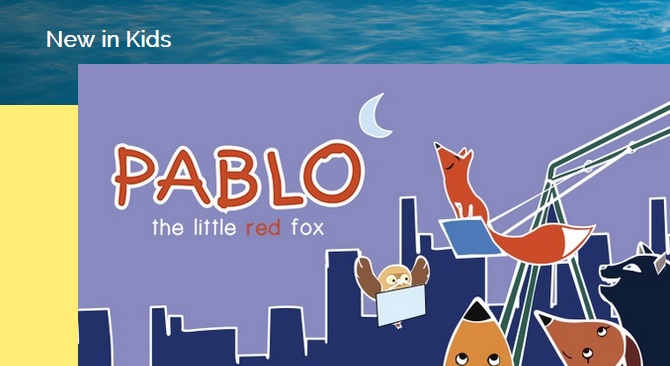 The head of marketing at DramaFever talks expansion and curating content for the international video service's new kids vertical.

After launching a kid-targeted vertical at the start of the year, New York-based online video service DramaFever is expanding its children’s content offering with 6 new animated series, including China’s hit toon Pleasant Goat And Big Big Wolf, on its new DramaFever Kids channel.

The 5-year-old company made a name for itself streaming Korean TV dramas. Since launching its kids vertical in January, Yale Wang, head of marketing at DramaFever, says the company’s kids content is gaining viewers, largely thanks to DramaFever’s adult audience tuning in for Korean dramas.

“A lot of our users are on the younger side, and some of them might have families,” Wang tells our sister publication Kidscreen. “We’ve gotten requests from them to add additional shows. We think that there’s definitely a market out there for shows that are either dubbed or subbed to help out with language learning, as well as entertainment.”

The new series, from prodcos Millimages and Creative Power Entertaining, are set to roll out throughout the summer for on-demand viewing on DF Kids, which streams content for children ages 2 to 10.

Titles include the currently streamed 64 Zoo Lane, (Sprout, France 5, CBeebies and Nick Jr.) and Pablo the Little Red Fox (BBC, pictured), which will stream in both English and Spanish. On August 4,  Pleasant Goat And Big Big Wolf will join the  DF kids lineup, with the channel premiering a new season of 20 Chinese and English episodes every Sunday for 3 weeks.

DF kids also launches Louie (France 5, Nickelodeon, Disney Channel and BBC) on Aug. 29, Lazy Lucy on Sept. 12, and rounds out the summer schedule on Sept. 19 with Corneil & Bernie (France 3, BBC and Nicktoons), streaming all three in English and Spanish.

DramaFever runs as a free service with ads, but it also has subscribers who pay to have the ads removed.