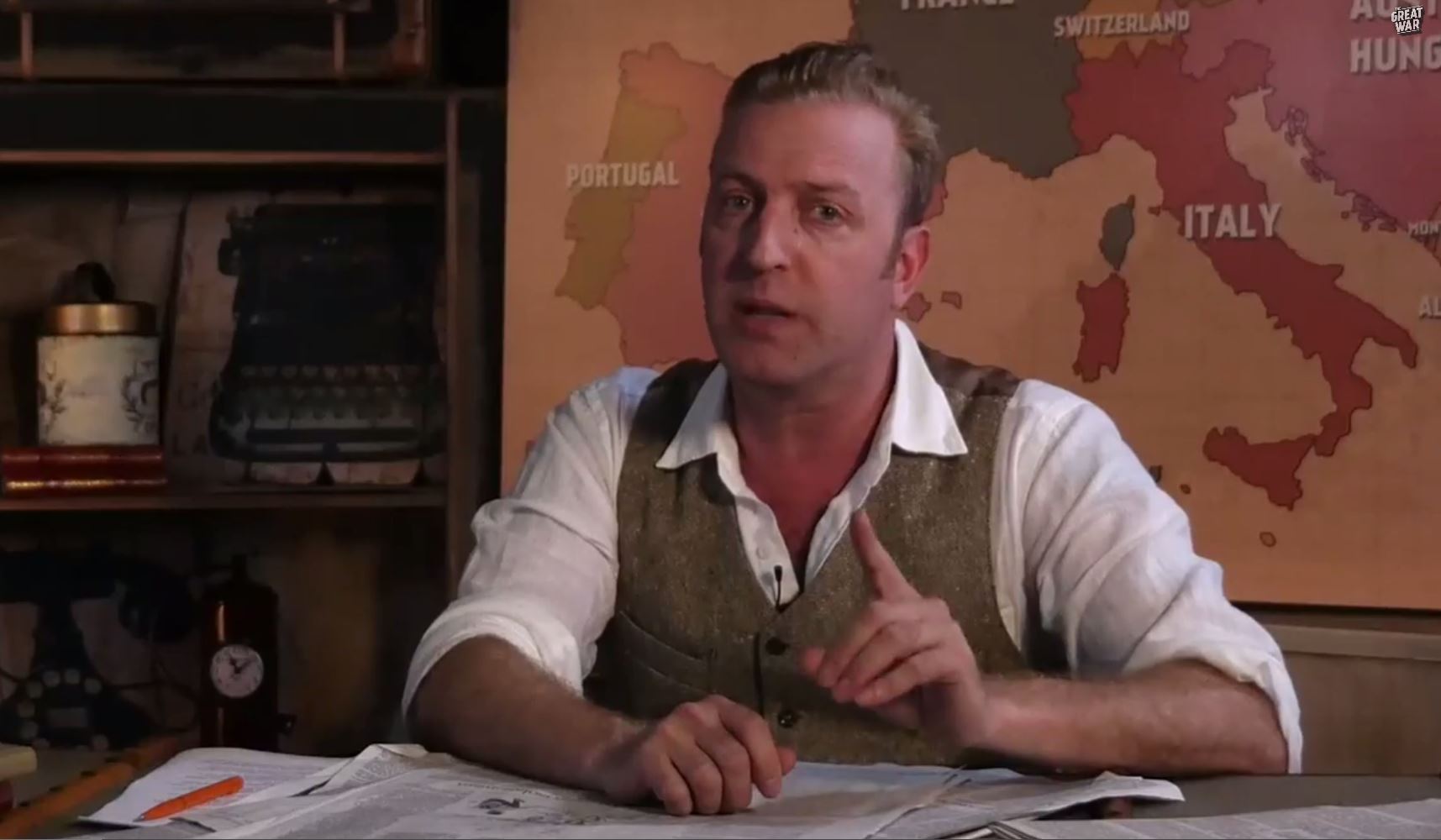 Munich-based Mediakraft has launched a unique series about the conflict that uses newsreel footage from British Pathé.

German multi-channel network Mediakraft marked the 100th anniversary of the start of WWI on Monday with the debut of The Great War, a short-form documentary YouTube channel. It will be analyzing the conflict week by week in real time through the November 2018 centennial of the war’s conclusion.

The series’ visual backbone is being constructed from British Pathé’s vast archive of WWI newsreel footage. It is being written by Indiana Neidell (pictured), who hosts the English-language version of the show. There will also be German and Polish language versions, hosted by Christoph Krachten and Marek Kaminski, respectively.

The Great War channel is the brainchild of Mediakraft’s chief program officer Astrid Deinhard-Olsson and its CEO Spartacus Olsson.

This week, Mediakraft will also be posting 3 episodes examining the roots of the conflict, including one about the assassination Archduke Franz Ferdinand of Austria and his wife. Over the course of the show’s run, it plans to make numerous other special installments, covering such topics as the use of poison gas at the front and the technical developments brought about by the war.