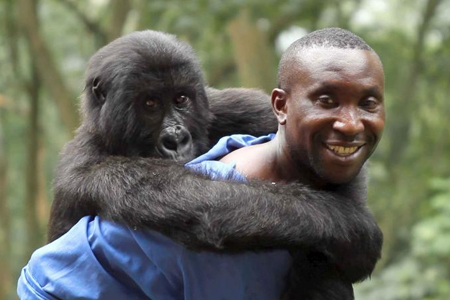 The 92-minute film, which had its world premiere at the Tribeca Film Festival in April, focuses on the conflict taking place in and around the Virunga National Park in eastern Congo, home to the world’s last remaining mountain gorilla population.

It follows a Belgian conservationist and his team of Congolese rangers, as they attempt to safeguard the UNESCO World Heritage Site from both African militia, and western interests seeking to exploit the park’s resources.

The acquisition sees the VOD platform venturing further into the realm of issue docs — earlier this year the company acquired the Human Rights Watch-focused doc E-Team in a high six-figure deal.

Other notable non-fiction acquisitions for the platform have included Mission Blue, The Battered Bastards of Baseball, The Square and The Lady in Number 6.

Virunga received funding from the U.K.-based Britdoc Foundation — which confirmed details of the Netflix acquisition to StreamDaily partner publication Realscreen — and is produced by von Einsiedel and Joanna Natasegara. The exec producers are Jon Drever, Maxyne Franklin and Jess Search.

After premiering at Tribeca, the film continued its run at festivals including Hot Docs, AFI Docs, DOXA and the Edinburgh International Film Festival.

“Wide distribution was always a key ambition for the team behind Virunga,” Britdoc director Franklin told Realscreen. “Netflix Originals are the perfect partner to grow audiences globally and get the story of these brave rangers into the world.”

Check out the trailer for Virunga below: