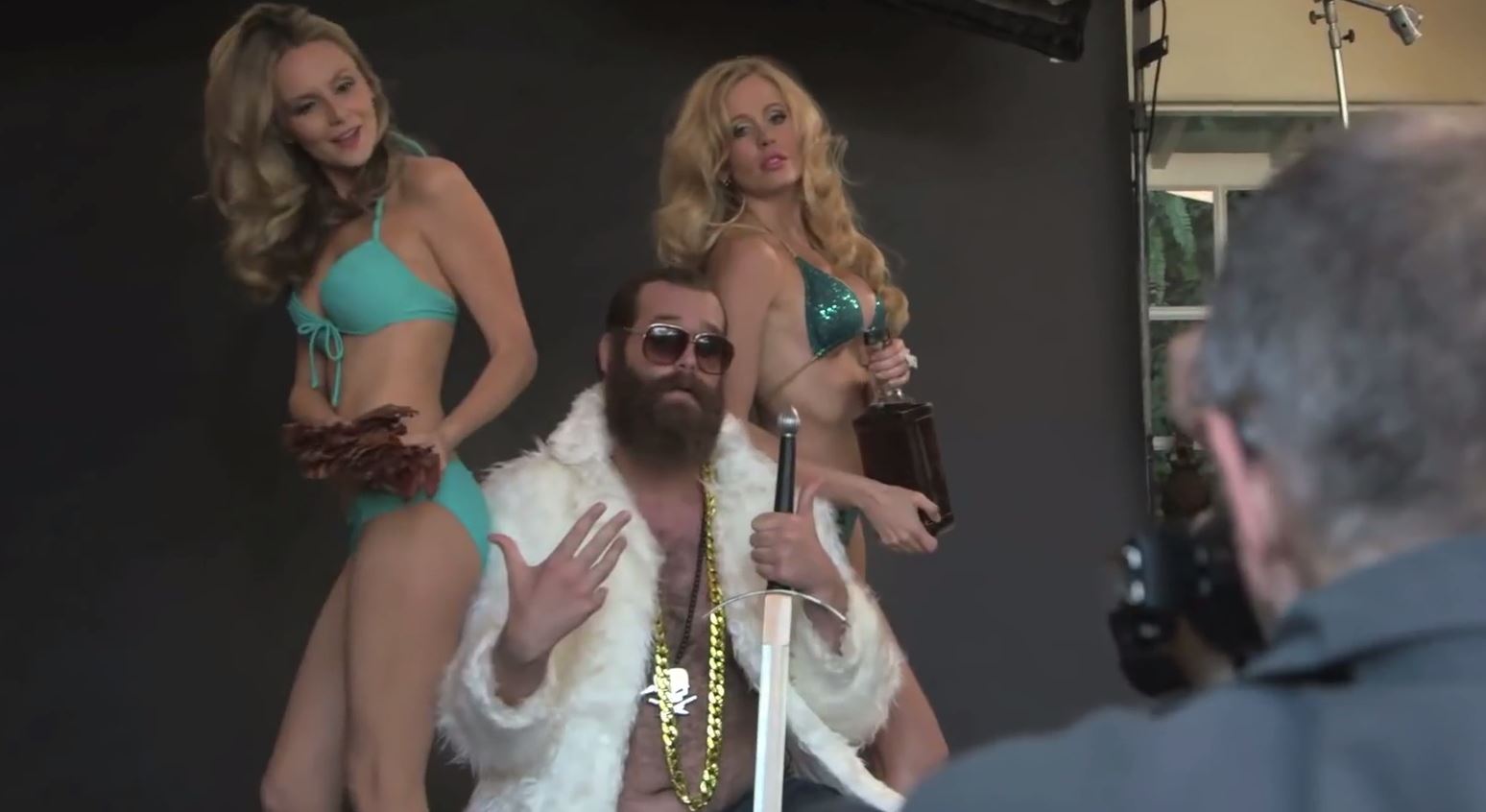 Harley Morenstein on the challenges of bringing Epic Meal Time to cable, and the bizarre business proposition that he turned down.

Epic Meal Time host Harley Morenstein celebrated his new FYI show Epic Meal Empire at YouTube Space L.A. on Thursday night in suitably epic fashion, with an abundance of giant pizzas, Subway sandwiches and free booze, but, strangely, not a slice of bacon or a bottle of Jack Daniels in sight.

Four years ago, Morenstein videotaped himself putting hamburgers on top of a pizza, and an internet sensation was born. To date, Epic Meal Time has racked up more than 6.4 million subscribers and 717 million views on YouTube.

Morenstein will continue with Epic Meal Time, which is produced in his native Montreal. But with the premiere of the Los Angeles-shot Epic Meal Empire on Saturday, he’s living the fantasy of many YouTubers, who long to parlay their online fame into their own cable series.

“I don’t want to sound cliché guys, but dreams do come true,” Morenstein told the crowd. “My dreams had obviously more sex with women than this TV show has, but it’s a great silver medal dream. I never thought in a million years I’d do a TV show, let alone a reality TV show. I’m pretty much Honey Boo Boo at this point.” 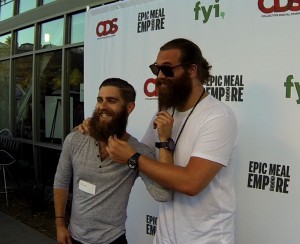 Before the party got rolling, Morenstein (pictured with a fan at the party, right) sat down with StreamDaily to discuss the challenges of navigating the transition from digital to linear TV and other weighty matters, such as the prospect of going mano-a-mano with Diners, Drive-Ins and Dives host Guy Fieri.

Q: You’re your own boss on Epic Meal Time. With Epic Meal Empire, do you have to deal with the dreaded notes from execs?

A: Yeah. It’s such a different scene from doing it on the internet, where I might look at something and say, “Is this too much? Is this joke homophobic or racist?” And we look at each other confused. Now, we have people who are professionally just like, “You can’t do that” or “You can’t say that.”

Q: Would comparing your internet budget to your TV budget be like a slider compared to your All Bacon Burger or a cocktail olive compared to the Bacon Cornucopia you did for Thanksgiving?

A: Here’s a perfect example. On Epic Meal Time, we made a 12-inch Meat Car. On Epic Meal Empire, we make the Little Bread Corvette, which is a car that I sit in and drive. We put in tripe to be the lining of the seats and pizza is the steering wheel, so it was edible.

Q: You recently cut a deal with Hormel that’s going to have them supplying Epic Meal Time with 1,300 pounds of their Black Label bacon over the next year. Do you ever worry about early death from coronary artery disease?

A: Nah. But we go and visit a doctor on an episode of Epic Meal Empire, and he checks us out. Spoiler alert – he says we’re unhealthy.

A: We have our own liquor, which gets released on the show. That’s pretty cool. But other brands… not that much.

Q: I was looking for your products online. When I clicked on Epic Meal Time, I got bacon (sex) lube? That’s not yours, is it?

A: It was. We had bacon lube and whiskey lubes flavored like bacon and whiskey, and we made it look like a little bottle of Jack Daniels, and Jack Daniels hit us up and said, “Please stop selling that.” So that was the end of that venture.

Q: Is there any offer you’ve turned down because it was just too ridiculous?

Q: One last question: If you were to Indian wrestle Guy Fieri, do you think you would win?