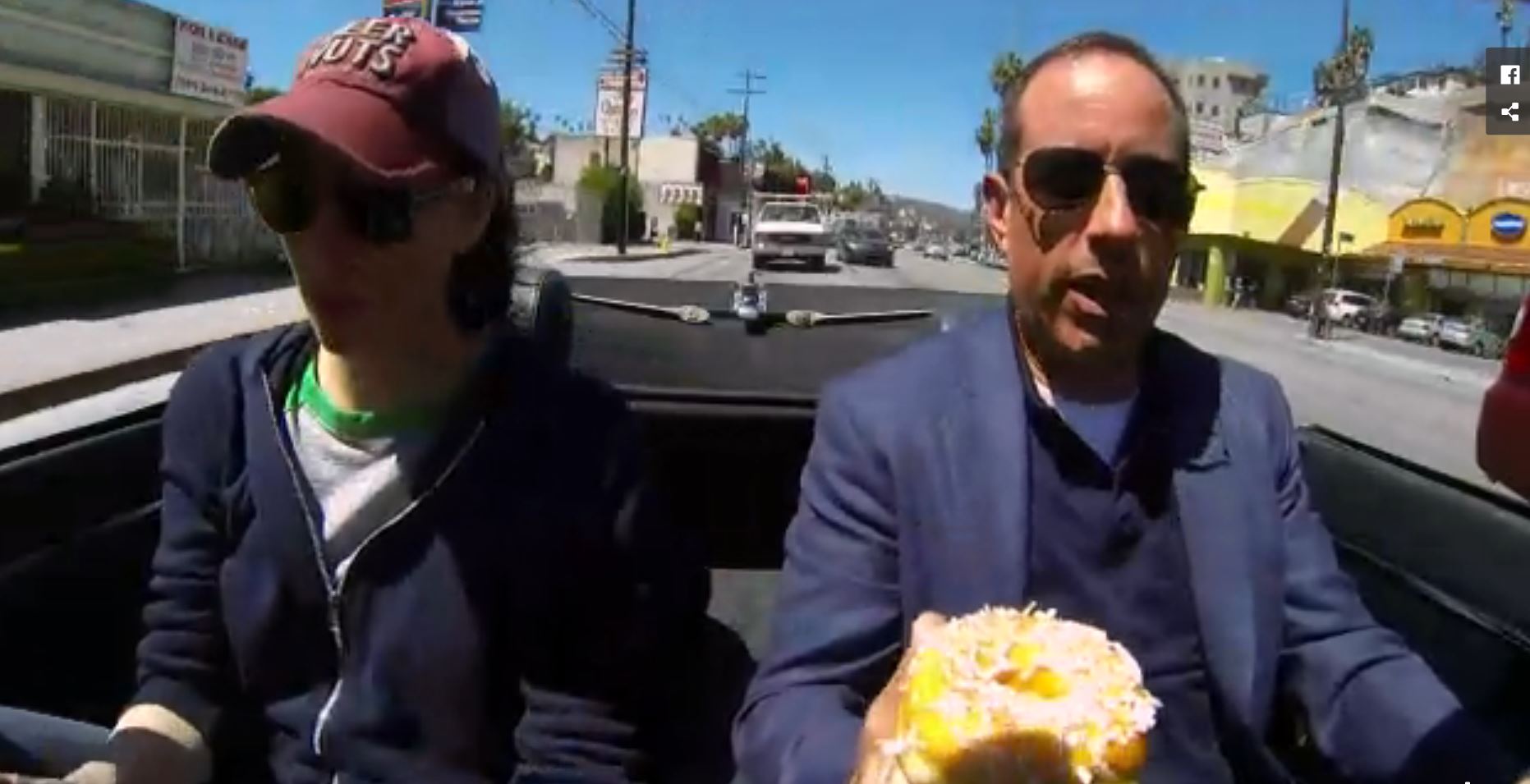 Seinfeld refills Comedians in Cars with leftover shots of espresso

Crackle has dipped into the vaults to create 2-minute "Single Shot" installments of Comedians in Cars Getting Coffee.

Viewers are getting an early refill of Jerry Seinfeld’s Crackle series Comedians in Cars Getting Coffee. Sort of.

Crackle is posting a series of 2-min. montages, called “Single Shots,” that combine unused and previously-aired footage of different guests separately discussing the same subject with Seinfeld. The first installment, which debuted on Crackle on Thursday, has Tina Fey, Brian Regan and Sarah Silverman (pictured, above left) weighing in on donuts.

Seinfeld told USA Today that the idea came from director Barry Sonnenfeld, who makes the commercials for series sponsor Acura that accompany Comedians in Cars. (The duo previously collaborated on a series of American Express-branded web shorts about Seinfeld hanging out with Superman.) They were sitting around one night, smoking cigars, when Sonnenfeld asked him how much leftover footage there was from the show. His answer: many, many hours. The director, who’s also helmed such big screen hits as Men in Black and Get Shorty, told him he ought to do something with it.

“It was kind of fun to suddenly realize, ‘Hey, I’ve kind of accumulated a big vault of good stuff that no one has ever seen,'” Seinfeld told USA Today. “We’re just playing with it.”

New “Single Shots” will debut on Thursdays until season 5 of Comedians in Cars Getting Coffee launches in the fall.