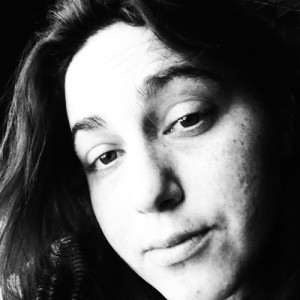 What’s cool about the web is that you don’t need a team of PR and development experts to help find a large audience for your work.

Take for instance the Homeless Lottery Winner video by Rahat Hossain that went viral earlier this year and inspired viewers to donate thousands of dollars and help the man find housing.

“Once we heard about it we were able to help him create a follow-up video, but the initial push and the initial millions of views was just Rahat doing something cool and his fanbase knowing he actually is that nice of a guy and would do something like that,” says Julia Moonves, director of network development for Maker Studios’ entertainment verticals.

That kind of authenticity is hard to manufacture. But massive viral success is rare — that’s why there are best-practice models and development standards that content creators can follow in order to make sure their work doesn’t disappear into the online abyss. In her current role, Moonves (pictured right), who joined Maker in 2012, helps talent grow their channels and seize opportunities to build a solid, engaged fanbase.

She will discuss some of her work with the MCN this weekend at Just for Laughs Comedy Pro, an industry conference that also hosts a web series pitch competition, which Moonves will help judge. Here, she tells StreamDaily more about her role at Maker and offers insight on monetization opportunities, comedy trends, and what creators can do to make sure their work gets seen by their target audience.

Q: In your role, do you focus on audience growth or do you handle sponsorships and programming strategy as well?

For the most part what we focus on is audience growth for our channels. We’re the ones who actually communicate with talent about different initiatives that Maker’s got going on, different opportunities that they’ve got for them here, and brand deals that are coming through. So we work with basically every other department at Maker, but our main goal for all of these channels is growing their audience, growing their brand and growing their revenue as well.

Q: What are some of the current trends in web comedy right now?

Things that are trending can really change with the wind. But one of the things that we are seeing are formats that are repeatable and that can be applied to different things. So on our Nacho Punch channel, we’ve got the “Hipsters Love” series. The first one we did was “Hipsters love beer,” (pictured above) then “Hipsters love EDM” (officially named Electronica Music Snobs), and “Hipsters Love Coffee.” Being able to take a format and blend it to whatever is popular and whatever people are buzzing about and talking about is something that we hope resonates with people that are actually into coffee, or EDM, or beer.

Q: And that also helps build your brand…

It helps you create a programming schedule and programming calendar. It also makes it easier to take this content out and sell it in the (advertising) market because we can show examples, and we can show the viewership. It makes it easy to grow business off of it and gives viewers something to come back for and something that they know is going to be online at a certain time and certain place.

Q: What are some other ways creators can seize monetization opportunities out there?

There are tons of different sources of revenue: there’s obviously the ads that run in front of the content, and then … branded content; we’ve also got a huge business called Maker Shop where if you partner with us we’ll help you create merch, sell it, handle customer service, all that stuff. We’ve done things like the traditional T-shirts and hoodies, and Shaycarl really wanted to do the sock line, so we did socks with him.

There’s also Maker.tv,  which we just launched, and which is really exciting. It’s an off-YouTube platform.We’re able to sell against that and literally create another revenue stream for our talent. It’s content that they were making anyways. They still have their YouTube channel, they monetize their viewership there, but they also have the revenue stream from Maker.tv so it’s just more impressions, more ad revenue, which is great for those guys.

Q: Does every creator within the maker network have the opp to be part of Maker.tv?

We just launched it so we’re still working out all the details, but our goal is to have anybody that wants to participate, can participate in some way. We also want to make sure we have a very custom experience and a very high quality experience for people that are using the platform. If the content isn’t amazing, we want to work with them to get it there, but yes the goal is to have everyone be able to participate in some way and really grow this thing out.

Q: What are some overlooked opportunities either for audience building or monetization?

Sometimes traditional talent — so people that are famous for movies or big in the traditional music industry – want to dig into the space but they’re not sure exactly how to do it, or they’re surprised that they don’t get the engagement that they thought they would get. They’re getting paid millions of dollars for a film, they’ve got 2 million likes on Facebook, but then when they post a video to YouTube, they don’t necessarily get the traction that they’d be looking for. I think what’s overlooked with those guys is really digging in with the YouTube-endemic talent because it’s such a unique community. We partnered with Snoop Dogg, for example, and when he came in he was doing decent, his channel was doing pretty well, he was really into it. But he just didn’t have that extra juice, that extra knowledge of the space that Maker brings to the table. So we had him do a few things, collaborate with our big talent that’s massive on YouTube, Epic Rap Battles of History, and he gained thousands of subscribers over the weekend when he did that video.

So I think one of the things that’s overlooked is appreciating who has a large audience on YouTube and how separate that is from some of the other communities that exist, so taking advantage of that and being able to work with those people.

Q: How do optimization strategies differ depending on which vertical content creators are in?

Music is interesting because for a lot of music channels you can’t program at the same rate that you would program other types of content. So if I’m trying to make a really high-budget music video for my first single that’s coming out, and I’m an independent content creator, it may take me a while to get all the money together, get the crew, get it edited. You want to make sure that you’re engaging with your audience pre-upload, during upload, and post-upload, because you want to maximize the viewership and the engagement that you’re going to get off this piece of content.

Another thing that’s interesting for music is covers. They are huge on YouTube. So it’s about working with artists to figure out what song is going to be searched for the most in the next couple of weeks. Which songs should you cover to really optimize the audience that’s going be searching for that content, finding your song? That’s interesting because we work with comedy in a similar way, but it’s just not covers that we’re trying to optimize, it’s (also) whatever is popping up in culture. What’s big on Reddit right now? What are the big memes that exist? And how do we maximize that and create content around it that lots of people are going to like?

Q: Can you give an example of the analytics you look for to establish best practices?

There are analytics that YouTube has set up that are really useful and then also different proprietary tools that we’ve built out as well that are amazing.

You may know that whenever you post a video, your subscribers are the ones that engage with it first, or you may see that it’s outside traffic. Maybe you’ve got a really engaged audience on Facebook and every time you post a video on Facebook, you get the most viewership. What we do with that is we’ve got a team that figures out actionable steps that the channel can then take to grow their audience. So, do we want to make the channel more enticing to the subscriber base, or do we want to make sure we’re capitalizing on that Facebook fanbase?

Q: What are some of the different strategies you use when helping content creators build their audience network?

There are different elements to growing their audience. There’s the basics of optimization — making sure you’ve got great thumbnails, great titles, great tags, all the things that are going to get someone to click on your video instead of someone else’s video.

This interview has been edited and condensed for space. The Just For Laughs Comedy Pro event starts today and runs through Saturday in Montreal.