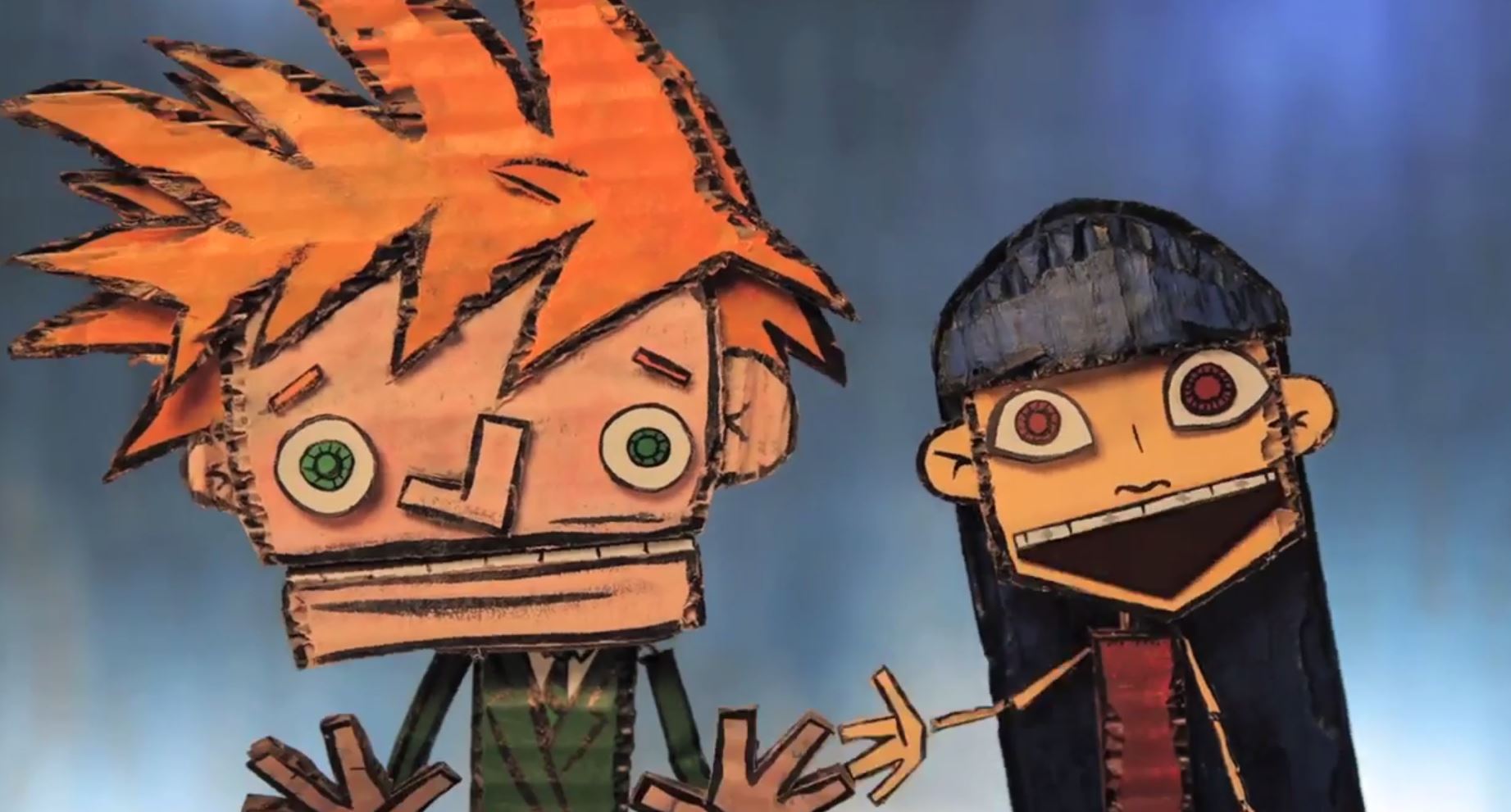 Shrek and Kung Fu Panda get some cardboard channel mates courtesy of Jimo Matison. He tells us about how the characters come to life.

When DreamWorksTV launched on YouTube last month, it trumpeted a lineup packed with well-known characters from the company’s animation catalog, such as Shrek, Puss in Boots and Kung Fu Panda. Amidst all that mainstream programming were some new direct-to-digital creations, including the stop-motion-animated Report Card. The behind-the-scenes video above is about the making of the 6th episode, which debuted Tuesday.

A DIY project in the classic YouTube tradition, Report Card is the brainchild of Jimbo Matison, who is its creator, writer, director, animator, editor, sound designer and composer, as well as the voice of the character Mike. If there’s any coffee to be fetched, he probably does that, too. He does, however, have assists from Gina Briganti, who voices the character of Mariko, and production artist/animation assistant Morgan Xenos. It takes Matison roughly 2 weeks to make an episode from concept to final edit.

“I don’t have a lot of time to overthink things which is kind of great,” says Matison, whose previous credits include Uncle Morty’s Dub Shack, an ImageAsian TV series in which he took cheesy chopsocky movies and made them even cheesier by looping them with humorous English dialog. “If I’m animating something and worried how it looks, I lean back and watch it while squinting. If it still looks too clunky, I do it over.”

“I wanted the whole show to be super raw, from the writing to the cardboard designs and even the animation,” Matison continues. “A lot of content out there is very polished, and that’s not a bad thing, but I think there needs to be some funk out there as well. I’ve got the funk. Ha! I like the idea of stripped down good writing and voices paired with big colors and cardboard flopping around. My goal is to have as much fun possible while making the show and we do have a lot of fun. I think that comes out in the final edit.”

Image screengrab from Report Card behind the scenes video.