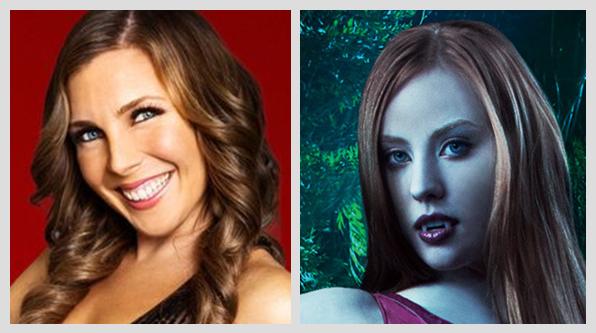 Netflix has added a dose of new-media sizzle to their upcoming original series Grace and Frankie, starring industry icons Jane Fonda and Lily Tomlin. The streaming service confirmed that it has cast June Diane Raphael (pictured, above left), star of the Yahoo series Burning Love, as Brianna, one of the two daughters of the main character played by Fonda and her husband, portrayed by Martin Sheen.

Written and created by Marta Kauffman (Friends) and Howard J. Morris (Sullivan & Sons), the single-camera comedy tells the story of what happens when Robert announces he plans to marry Sol (Sam Waterston), his longtime law partner and the husband of Grace’s nemesis Frankie (Tomlin)

The 13- half-hour episode first season will be available to subscribers worldwide in 2015.

In other Netflix casting news, Deborah Ann Woll and Peter Shinkoda have joined Marvel’s Daredevil, which will also debut a 13-episode season on the streaming service next year.

Set to begin filming in New York City this month, Daredevil will be the first in a series of Netflix shows from Disney/Marvel over the next several years, to be followed by Jessica Jones, Iron Fist, Luke Cage and, finally, a mini-series in which the characters team up as The Defenders, a la The Avengers.