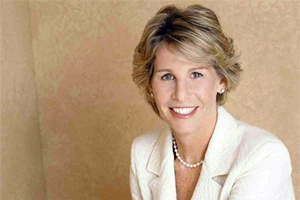 XES execs Nancy Tellem and Jordan Levin will stay on to complete some of the programming that is already in production.

Microsoft’s original programming division, Xbox Entertainment Studios (XES), is to shut down, as the software giant on Thursday announced it would be cutting up to 18,000 jobs over the next 12 months.

The Santa Monica-based studio – which has roughly 200 employees – will close its doors as its parent company reverts to focus on the core business of video-gaming.

The news comes after XES hired former CBS entertainment president Nancy Tellem (pictured) to serve as its president in September 2012. In February this year, she brought in Jordan Levin, the former CEO of the WB Network, to serve under her as XES’s exec VP.

In an internal staff memo, Phil Spencer, head of Xbox, said that both Tellem and Levin will stay on to complete work on the original programming that is already in production, such as original doc series Signal to Noise, the first installment of which is being produced by Lightbox Entertainment.

Beyond those titles, however, the futures of Tellem and Levin are unclear, as is that of head of unscripted Ari Mark, a former AMC exec who joined XES in January. Also uncertain is the future of the ambitious interactive docudrama being made by Stephen David Entertainment, details of which StreamDaily reported in May.

“In the coming months, we expect to close Xbox Entertainment Studios,” Spencer wrote to staff.

“I am pleased that Nancy, Jordan and members of the XES team remain committed to new, original programming already in production like the upcoming documentary series Signal to Noise, whose first installment takes on the rise and fall of gaming icon Atari and of course, the upcoming game franchise series Halo: Nightfall, and the Halo television series, which will continue as planned.”

Xbox will still deliver interactive sports content like ‘NFL on Xbox,’ and, according to a spokesperson, “our app partnerships with world-class content providers bringing entertainment, sports and TV content to Xbox customers around the world are not impacted by this organizational change in any way and remain an important component of our Xbox strategy.”