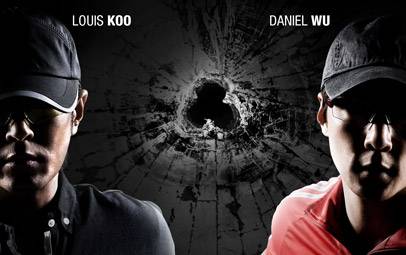 The video streaming site, which has 3 distinct revenue channels, strikes a deal with Well Go USA Entertainment to bolster its catalogue of action films.

Video streaming website DramaFever announced on Tuesday that it has entered into a content partnership with film distributor Well Go USA Entertainment.

“All of our titles premiere on DramaFever first and are then syndicated to several mainstream distribution platforms. We have a strong partnership with Hulu where we co-promote titles together,” says co-founder and co-CEO Suk Park.”

DramaFever’s offerings from Well Go’s catalogue will focus on Asian action films. The initial titles includes movies like A Better Tomorrow, Kung Fu Dunk, with Triple Tap (pictured), 1911, Yakuza Weapon, among others, to be added later.

The deal comes on the heels of last week’s announcement that Ross Levinsohn, previously CEO of Yahoo and Guggenheim Media, had joined the DramaFever’s board of directors.

Founded in 2009 by Seung Bak and Suk Park, DramaFever curates television shows and movies from 70 broadcasters and studios throughout Asia, Europe and the Americas. Its library includes 14,000 TV episodes – including Korean series such as the melodrama Secret Love Affair and the variety show Running Man – most of which are made available to viewers the day after their original broadcast.

“We focus on curating and localizing the best shows from around the world, be it a romantic comedy from Korea or a historical miniseries from Spain,” says Park, who serves as co-CEO alongside Bak.

The strategy appears to be working. According to comScore data, DramaFever attracted 3.4 million viewers in April – a 440% increase compared to the same month last year. To date, the company has raised $12 million from its investors, including AMC Networks, Bertelsmann, MK Capital, SoftBank Ventures, NALA Investments and YouTube co-founder Steve Chen.

Last October, DramaFever debuted the original romantic comedy series Heirs, which it produced with Korea’s Hwa & Dam Pictures, and it currently has two other co-productions in the works.

“(But) we traditionally license shows with an exclusive window for North and South America, and make content available with English, Spanish and Portuguese subtitles,” Park says.

“Our exclusive content has typically been TV shows. This year, we will be expanding our offerings to include our first batch of exclusive feature film releases from Asia,” he tells StreamDaily via email.

DramaFever has 3 distinct revenue channels: a free, ad-based service, a premium service and a syndication business where it sub-licenses to Hulu, Netflix, iTunes and other platforms.

“All of our titles premiere on DramaFever first and are then syndicated to several mainstream distribution platforms. We have a strong partnership with Hulu where we co-promote titles together.”

The premium service is available for $9.99 a month or $99.99 a year. The benefits of premium include HD viewing with no advertisements, access to smart TV and streaming devices such as Roku, as well as access to select episodes before they’re available for ad-supported viewing.

Other titles that are part of the deal this week with Well Go USA Entertainment are Legend of the Fist: The Return of Chen Zhen, Little Big Soldier, The Man From Nowhere and Shaolin. Later this year, Ocean Heaven, War of the Arrows and Blade of Kings are to be added.