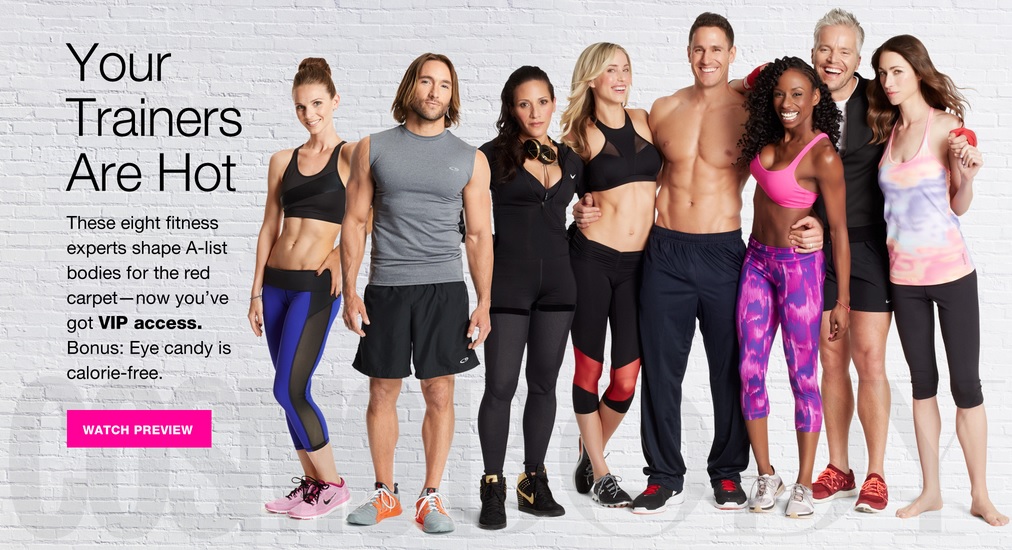 Hearst’s first video channel is pricey, but the trainers are hot

Sex sells magazine covers, but does it sell VOD subscriptions? Hearst Corporation is banking on it.

The publisher announced the launch of Hearst Digital Studios on Tuesday morning and unveiled the unit’s first project called CosmoBody, a fitness and lifestyle channel that costs $9.95 a month but promises “unlimited workouts on demand” so women can “get hotter faster.”

By other SVOD standards — namely, Netflix and Amazon, which are about $9 per month each in the U.S. — the channel would be considered pricey, but those services offer high-quality entertainment, whereas CosmoBody is positioned more of as a workout buddy that provides DIY body-sculpting advice. Liz Plosser, Cosmo magazine’s senior health and fitness editor, is the editorial director of the CosmoBody project, which also launched with a YouTube channel. Videos are produced by Mark Burnett’s VIMBY studios, and original editorial content will be updated daily.

“Basically, it’s Netflix for fitness and lifestyle content…Cosmo-style…with workout videos with names like ‘Get in the Mood Yoga,’ dating advice that takes you into the mind of a man, food and fashion tips and even healthy(ish) cocktail recipes,” said Neeraj Khemlani, head of Hearst Digital Studios, in a statement.

The plan is to link CosmoBody with fitness trackers and wearable devices, and integrate the channel with over-the-top streaming services like Roku.

Khemlani, who is also Hearst Entertainment & Syndication co-president, says the new division is dedicated to developing digital products and video channels from brands across the company. Other members of the team include Chris Grosso, who led the AOL front page team and is a former McKinsey analyst; David Rubin and Lea Artz, formerly of CBS News, who will manage production and development; and Nada Arnot, formerly of NBC and Kaplan who will head the studios’ marketing efforts. They have so far worked on mobile initiatives for Hearst Newspapers and interactive newscasts for Hearst Television.

“Our mission is to push the boundaries and not be afraid to fail, but also to be smart about how we experiment,” says Khemlani, in a Q&A posted on the Hearst website.

Image: Screengrab the sexy CosmoBody team via the website