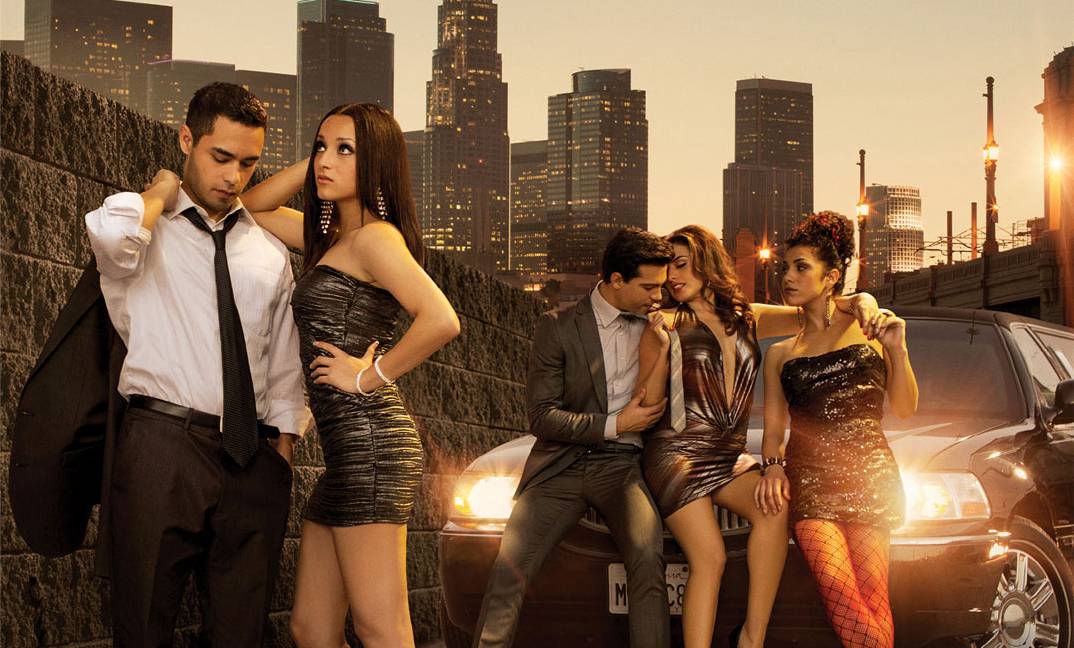 With bigger budget, East Los High is splashy yet sincere

Exec producer of Hulu's original teen series, which has just been picked up for a third season, talks about how they worked transmedia elements into season 2 without compromising authenticity.

One of the things that made season 1 of the Hulu original series East Los High a success was its use of authentic practical East Los Angeles locations, which included the house of the tia (aunt) of one of the show’s co-executive producers.

“What transmedia allows us to do is go deeper into the characters’ stories and social issues.”

The show’s first season was funded entirely with money from non-profit organizations. With Hulu on board as a financing partner for season 2, which debuted last Wednesday, the production was able to ramp up the scale of that authenticity, renting out Excelsior High School in Norwalk, Ca., for 3 weeks to shoot school scenes, including an elaborate homecoming episode featuring hundreds of extras and a big dance number choreographed by Reina Hidalgo, who’s worked with Rihanna, Pink and Miley Cyrus.

But the producers didn’t just spend the extra money on production bling. They also used it to pay for an all-union crew – a rarity in the micro-budget world of online video production.

“We know that happy people are able to be free of the stress so they can focus and create great product. So I think it’s good from a social angle, and good from a business angle,” says Katie Elmore Mota, executive producer of the show, which just got picked up for a third season.

The social angle is important to Mota. Earlier, she served as VP of communications and programs for the show’s primary non-profit backer, Population Media Center, an organization dedicated to using media to affect social change around the world, and East Los High is designed to have a similar effect.

One of the ways the show does that is through its supplemental transmedia content.

“A drama has its own cadence, its own rhythm, and you can’t stop for too long or go too deep in any one direction, because it loses its pace,” Mota says. “What transmedia allows us to do is go deeper into the characters’ stories and social issues. In season 1, we had one of the girls, who was going through a teen pregnancy, video blogging with her cousin back in Mexico, talking about what it was like. Meanwhile, (she gave) the viewer important health information in talking about some of the struggles she was going through. We also have ‘East Los High Uncensored,’ where some of our lead characters talk about important social and health issues in a very Sex and the City-style, gossipy, fun way.”

For the vlog “Ask Paulie,” actor/comedian Jorge Diaz answers questions about sex and dating from teens in East L.A. in the guise of his character from the show.

“We work to carefully craft the script with our non-profit partners,” Mota explains. “Our writers take their clinical, dry, wonky answers, put them into Paulie’s voice, give them some edge, the tone of the teenager and some comedy, of course, because these issues always have some comedy underneath them. Also, it makes the information more memorable when being delivered.”

The producers aren’t above mixing in a little corporate branding with their enlightenment. East Los High is sponsored by the Toyota RAV4. Series creator Carlos Portugal consented to write the vehicle into the show, but he made sure it was believable for Jacob, the character driving it.

“He’s now graduated from East Los and gone back to being the assistant football coach and is running his father’s taqueria, so he’s got a professional career going on that would allow him to have that car,” Mota explains.

The ultimate gatekeeper of the show’s authenticity is the show’s writing staff, which is made up entirely of Latinos. It’s a far cry from the ’70s, when shows like Chico and the Man were scripted primarily by Anglo and Jewish scribes.

“This is something that they know well from first-hand experiences,” says Mota of the writers. “It isn’t them trying to tell a story about someone else’s life.”