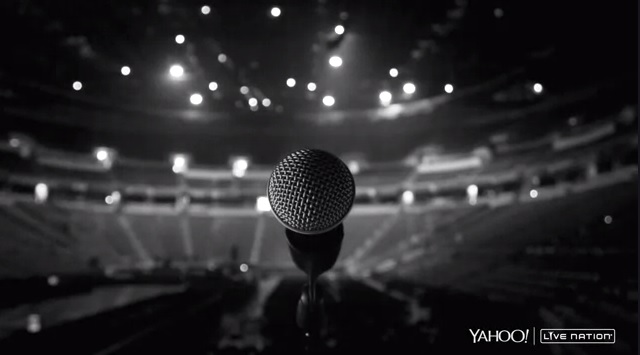 No need to visit Reykjavik to catch Justin Timberlake

An hourly countdown for Yahoo’s concert-streaming series has begun.

The partnership with Live Nation, which was announced at the NewFronts in April, officially kicks off on Tuesday with the live broadcast of a Dave Matthews Band performance in Florida. Yahoo also revealed several other artists that will be part of the initial line-up, and has been promoting them on its Yahoo Screen Live hub through video clips of previous performances.

The initiative pits Yahoo against music platform Vevo, which hosts and streams its own live concert events, as well as Dailymotion, the France-headquartered video platform that will carry feeds from European fests this summer, and, of course, YouTube which is the video home to many festivals and concert series.

Yahoo’s initial lineup includes John Legend, KISS, Usher and Justin Timberlake, who will be performing for the first time in Reykjavik, Iceland, on Aug. 24.

“In today’s on-demand entertainment environment, live experiences are the only ones that we all share together, at the same time,” said Kathy Savitt, CMO of Yahoo, in a statement.

In addition to live-streamed concerts, Live Nation Channel and Yahoo Screen will also host an on-demand catalogue of music videos and behind-the-scenes vignettes and artist interviews.