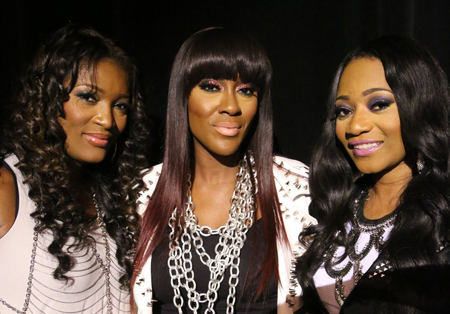 Show about singing sisters gets web spinoff before S2 debut

The digital series will bridge seasons 1 and 2 of WE tv's SWV Reunited.

In order to bridge the gap between the first two seasons of the unscripted reality series SWV Reunited, the story of the Grammy-nominated R&B trio Sisters With Voices, WE tv has greenlit 6 episodes of an online series, dubbed In Between, leading up to the Aug. 14 premiere of season 2.

Employing videos, blogs, behind-the-scenes footage, photos, animated GIFs and tapestries on Wetv.com, the Entertainment One Television-produced web series pulls back the curtain on the most recent reunion of the singing trio, revealing Twitter feuds, a health scare and career-threatening management issues.

Each group member will add their own personal message to the 6 x 6 min. content — which launches July 7 and continues every Monday for 6 weeks thereafter — and will then invite viewers to tweet their thoughts through specifically-designed hashtags.

In Between marks the first time that WE tv network has entered digital “interim” programming, but other broadcasters have been employing a similar strategy to drum up support ahead of a TV premiere. For example, BBC America recently made a similar move by launching a YouTube spinoff series before the debut of its original comedy show, Almost Royal.

SWV Reunited averaged 1.2 million viewers per episode during its inaugural season, which debuted on January 14 and ran through Feb. 20 earlier this year.

Both SWV Reunited and In Between are executive produced by eOne’s Tara Long and John Morayniss, as well as by Eric Hoberman and Howie Miller. Lauren Geller and Kate Farrell are the WE tv’s series executive producers.

Here’s an advance look at the first episode of In Between.

WE tv is owned and operated by AMC Networks, Inc. and is available in over 85 million U.S. homes, as  well as across all platforms.