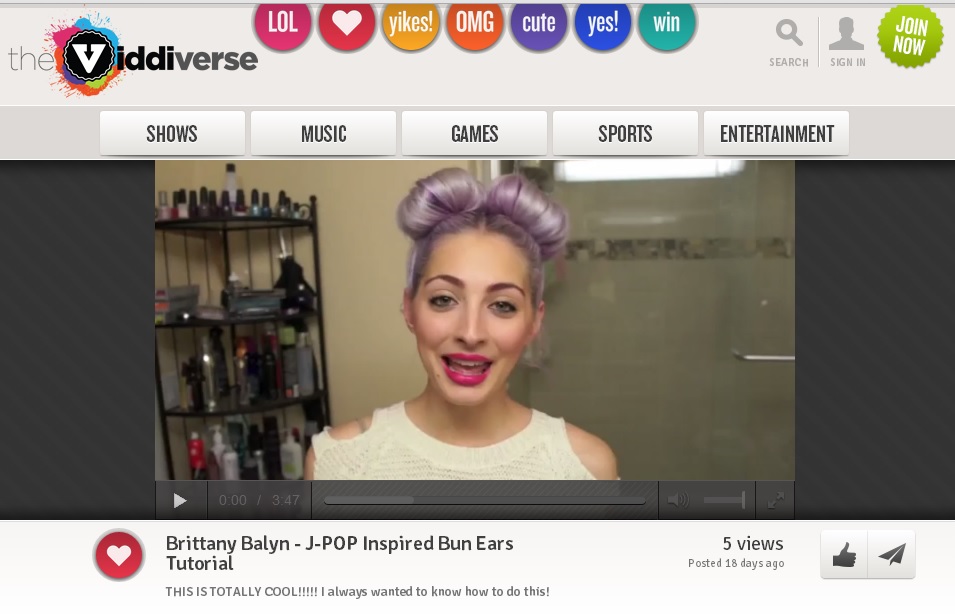 A couple of months after officially launching, tween-oriented video social network Viddiverse has signed on 2 YouTubers. Coming on board are style mavens Brittany Balyn and Kimberly Bond.

To get the talent, Viddiverse struck a distribution deal with Santa Monica, California-based Haul Studios, which represents the vloggers. It includes new content as well as Balyn and Bond’s back catalogue of videos, giving Viddiverse hundreds of tutorials for tween girls on make-up, styling and fashion. Balyn, who has about 260,000 subs, continues to update her YouTube channel.

Video start-ups provide YouTubers, who have built up audiences on the Google-owned platform, new ways to to distribute and monetize their content, and some are clearly taking advantage of the  opportunists. Ad-supported Viddiverse also last week announced a deal with New York-based Driver Digital to bring YouTube show The Rundown, which has streamed on a channel called Dream Mining, to its network.

Viddiverse, which is free, targets tweens age 8 to 13. The COPPA-compliant network launched in beta earlier this year and went live in May.