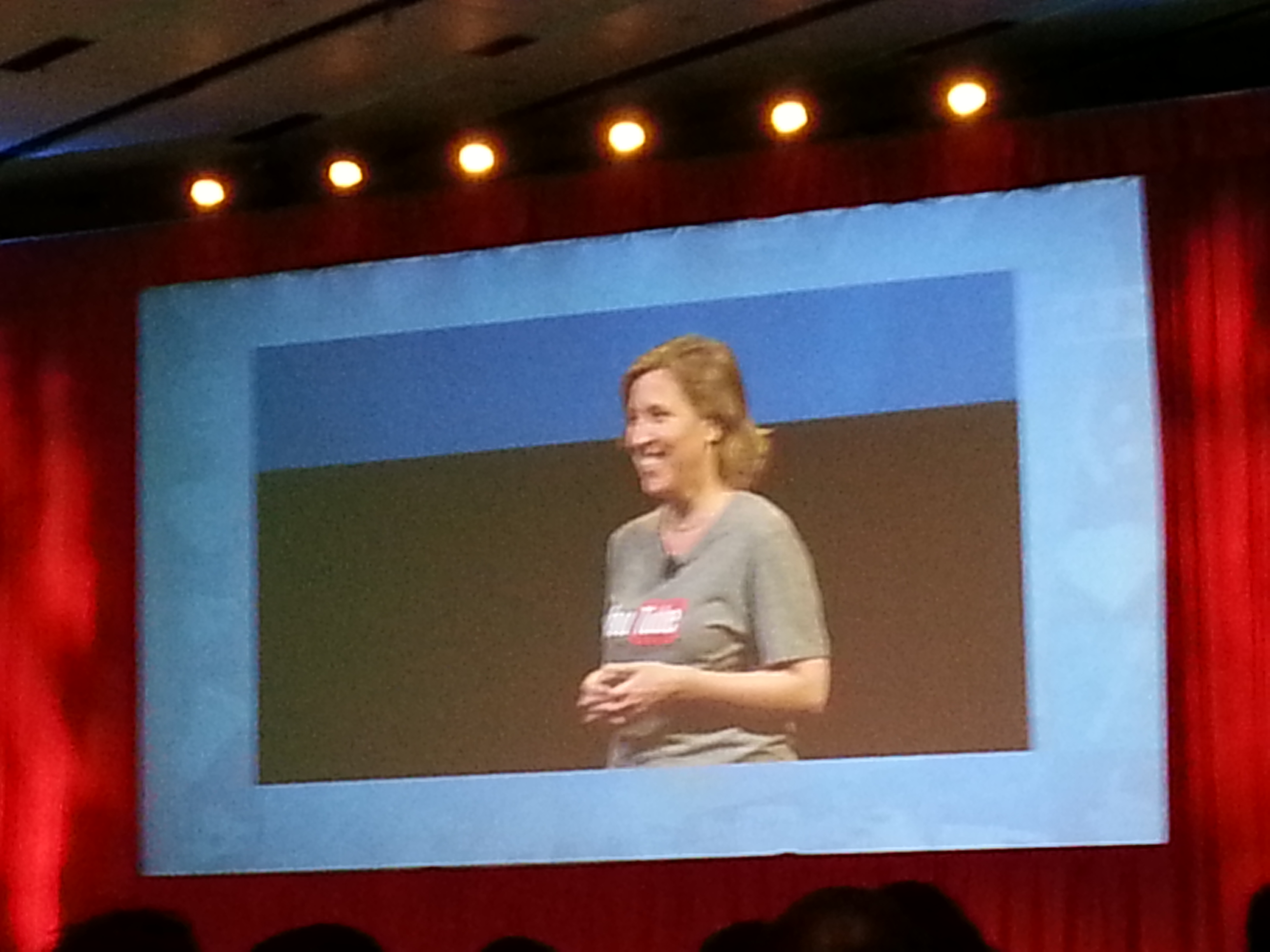 In her keynote address on VidCon 2014 on Thursday, YouTube CEO Susan Wojcicki unveiled a handful of new features designed to help video creators increase their global audience, grow their business and more easily manage and create videos, from fan funding to a new mobile app.

“Our goal is that every video uploaded to YouTube will be available in every language.”

“When I joined YouTube 5 months ago, I went and I spoke with so many different creators,” said Wojcicki, who was dressed in vlogger casual (blue jeans and a grey YouTube T-shirt) for the occasion. “I listened to what you all had to say about the strengths, as well as some of the areas where we could offer more support and opportunities.”

Noting that 60% percent of a video’s views come from outside a channel’s home country, Wojcicki announced a Fan Subtitles feature rolling out in the coming months that will allow viewers to submit translations of a video’s captions. The translations will be automatically reviewed for spam, then added to a video after being approved by the channel. Early trials show an 8% increase in views for subtitled videos.

“Our goal is that every video uploaded to YouTube will be available in every language,” she said.

On the monetization front, YouTube is adding a Fan Funding feature that will allow video viewers to “tip” channels $1 to $500 with a few clicks. The video hosting service will charge a transaction fee of 5% plus 21 cents to cover the processing costs. The feature is currently being beta tested on desktop and Android by a handful of creators – including Dulce Delight, The King of Random, Soul Pancake and The Young Turks – and other users are now being invited to sign up for a tryout.

Wojcicki also revealed that the brand is branching out into satellite radio with The YouTube 15, a countdown of the top trending songs on the platform debut on SiriusXM’s Hit 1 channel on July 11. Hosted by Jenna Marbles, it will air 3 times a week.

Wojcicki brought Marbles onstage, and she laid out her online cred for the audience.

“I’ve been a content creator on YouTube for 4 years,” Marbles said. “You’re probably never going to see a commercial from me on TV, because there are too many bad words in them.”

YouTube Creator Studio. An app that lets people manage their channels on-the-go via mobile devices. Currently available on Android, it will launch on iOS in the coming weeks.

60-frames second. In the coming weeks. YouTube will be adding support for 48 and 60 frames-per-second video, improving the look of high-frame-rate video game action footage and preventing blurring during motion­intense scenes.

VidCon 2014 continues through Saturday at the Anaheim Convention Center.