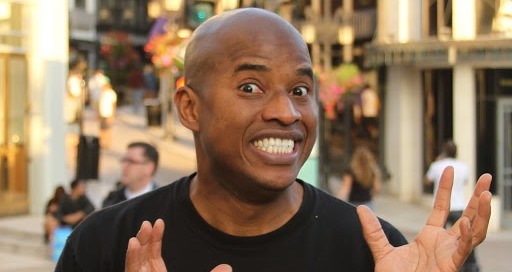 Under the Influence of … alcohol!

A YouTube bartending channel and sponsorship opps go together like rye and sweet vermouth - that's in a Manhattan, right? We speak to Skyy John of Tipsy Bartender.

StreamDaily and Influicity, a Toronto-based company that helps brands work with YouTube’s rising stars have teamed up once again to profile an influencer.

Tipsy Bartender is a mixology channel with a twist — Nutella cocktail anyone? — in which creator Skyy John shows viewers how to make drinks, always with the help of his sexy assistants. The channel has over 500,000 subscribers, and most clips get close to 100,000 views within a week of their posting.

A bartending channel and sponsorship opps go together like rye and sweet vermouth (we think?), and so far brands that have taken notice include Smirnoff and Diageo.

We spoke with John, the brains behind the vlog, which has a core demo of 18 to 34-year-olds with a 60/40 gender split, skewing male. Traffic from the U.S. makes up about half of the views on the channel, with Canada being the second-largest source of views.

What turned you on to making bartending videos on YouTube?

I would like to increase the production value of my content, maybe bring in new personalities at the forefront so I can be less in the limelight.

When I first came to L.A I had the dream of becoming an actor, so I landed several commercial gigs and over a short period of time became successful. Although this paid the bills, I had a far larger dream for my acting and a great idea for a talk show. So I invested some money in a pilot and put it on YouTube in it’s heyday, early 2000s. The feedback was great, as I achieved a growing following for the content I was creating. In the meantime I was also working part-time as a bartender, and this greatly influenced the creation of the Tipsy Bartender channel. I utilized my mixology and acting skills to create highly entertaining, interactive and informative videos for the world to see.

Did you always have the audience you do now?

Initially, I had to transition my audience from the first channel I had created to the new, Tipsy Bartender content. I made sure that the new idea was the focus and promoted it accordingly through my existing audience, but this brought a flux of new fans.

Have you worked with any brands in the past? 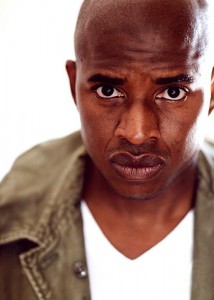 I’ve done collaborations with Diageo and several other independent labels. I do enjoy working with brands from time to time. The problem I find with bigger companies is that they don’t understand the social media aspect. As long as the bigger brands offer a variety of products and creative freedom, it allows me to continue my quirky and unique videos.

How do you promote your channel?

I primarily use Facebook, even though I have noticed I stand apart from several YouTubers that do not tend to use it. It’s a great way to get your pictures shared around the world. If I post a photo of a drink or a recipe for something new and unique it will get thousands of likes and that is the promotion I need.

Where do you want to be in a couple of years with your brand?

I would like to increase the production value of my content, maybe bring in new personalities at the forefront so I can be less in the limelight.

A greater goal I have for Tipsy Bartender is producing my own brand of alcohol to retailers, instead of being sponsored by existing ones because in my opinion, that confines and clips your creative wings.

Do you get fan requests, and how often do you follow through with those?

I get tons of requests daily. I encourage it. If you send me something great and unique I will always make it. In fact, that’s how I get a ton of my content. I depend on the audience feedback and their collective ideas.

Influicity empowers advertisers with technology to search, select, measure and collaborate with influencers on YouTube and across the social media universe. Our industry-first marketplace and platform accelerate the development and deployment of campaigns reaching viewers globally.

*Used by clients when formulating pricing, the Influicity score takes into account YouTube subscribers, average views per video, comments, likes, and the quality of the subscriber accounts. This information is blended with data from Klout.com and Kred.com to produce a score between 1 and 100.

Interview as told to Cassia Crawl