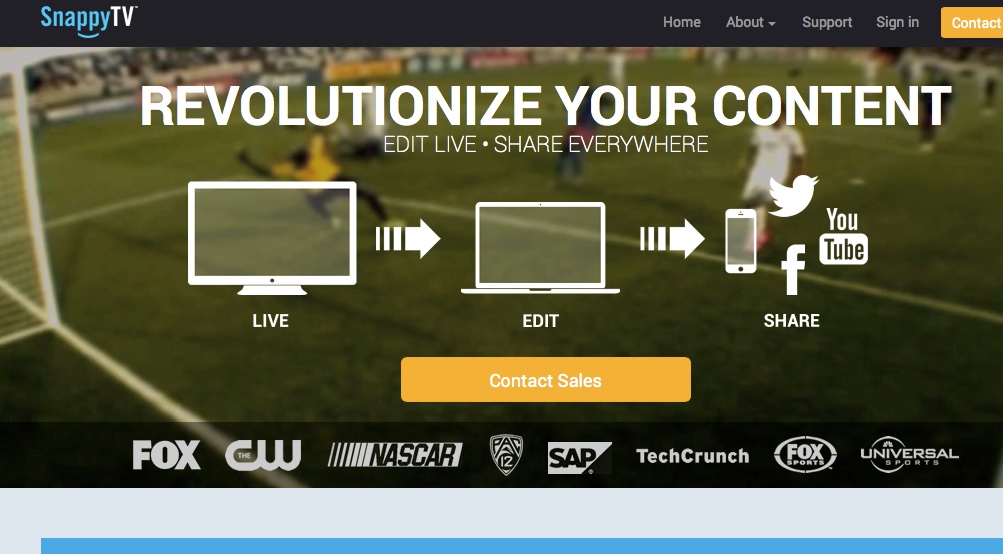 Twitter acquires the video-sharing site, bolstering its mandate to increase its relationships with broadcasters.

Twitter has acquired SnappyTV,  a video-sharing service that allows the editing and posting of clips from television broadcasts.

Terms of the deal weren’t disclosed, but the principals behind the four-year-old San Francisco-based live video platform said they had already been incorporating Twitter data into its real-time, editing and clipping capabilities for awhile.

Headed by former Yahoo employees, SnappyTV has been utilized by such major media sponsors as FOX, NASCAR and the CW Network to share memorable video highlights from key sports and entertainment events across social platforms like Facebook and YouTube.

“As Twitter has grown as the companion to live events and broadcast media, SnappyTV will help partners and brands bring the best videos into the conversation,” Twitter said in a statement on their blog.

This latest move falls within the Twitter mandate to ramp up their relationship with TV broadcasters, and further allow media to target specified groups of Twitter users with brand-sponsored content.

The relationship between SnappyTV and Twitter has been percolating for some time, as SnappyTV announced on its website blog that the two companies had collaborated “over the years” to “make it easy for publishers to bring video clips to Twitter, both organically and with sponsors via Twitter Amplify,” building Twitter data directly into its editing platform.