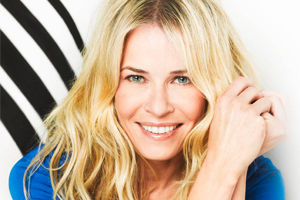 Chief content officer Ted Sarandos says the goal of the deal with the comedian, which encompasses 5 other comedy specials, is to disrupt the late-night talk show format.

Netflix is launching its first talk show in early 2016 with Chelsea Handler.

Though the format or the frequency of the series hasn’t been confirmed, it will stream internationally and feature guest interviews and cultural commentary by the comedian, who recently ended a 7-year run on cable network E! with her late-night show Chelsea Lately. In a statement, chief content officer Ted Sarandos says Netflix is looking forward to “reimagining the late-night talk show for the on-demand generation.”

As part of the deal, which reportedly took months to negotiate, Handler will also next year create 4 docu-comedy specials exclusively for the streaming service, in which she tries to get a better understanding of topics like NASCAR, politics, Silicon Valley and the NBA draft. On Oct. 10, Netflix will also premiere a one-hour comedy special based on Handler’s stand-up tour, Uganda Be Kidding Me Live, filming in Chicago this Friday. All of the content will be produced in partnership with her production company Borderline Amazing and partners Tom Brunelle and Brad Wollack.

It’s not unusual for Netflix to make bundle deals with content creators — for example a deal with Mattel Playground Productions includes a series and film; and their deal with eOne for Trailer Park Boys also includes exclusive new episodes and stand-up specials. But this is the first time Netflix is referring to a talk-show format, though the SVOD service has not launched any “live” appointment-viewing series as yet.