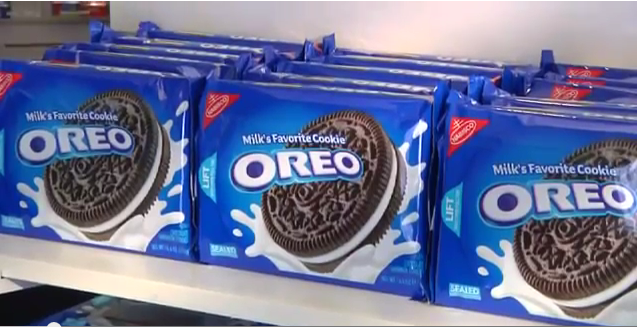 Mondelez has tapped TubeMogul to handle its online video buying, but MediaVest still has an important role to play when it comes to analytics and measurement.

“There are two reasons why an ad isn’t seen. The first one is that the viewer just doesn’t want to see your ads, but the second is typically player size.”

The programmatic element of the equation offers them greater accuracy and transparency when it comes to planning their online video campaigns, says le Riche.

“Without software, you pay a media vendor and you kind of hope you’re in certain sites and certain channels where you don’t really have site-by-site reporting, the ability for analytics and the frequency capping across your entire buy,” le Riche tells StreamDaily sibling publication Media in Canada. “Software enables that for brands. So Mondeléz just wanted a lot more control.”

“MediaVest is creating a special programmatic team specifically for Mondeléz to handle the day-to-day trading and strategy, aligning it with the broader TV and broadcast strategy,” le Riche says.

The agency will receive audited measuring things like viewability, player size and where the ads are running in about 50-plus direct-response metrics.

“It shifts a lot more accountability over to MediaVest.”

One of the more interesting aspects of the software will be the ability of MediaVest and Mondeléz to determine why certain ads were not viewed.

“There are two reasons why an ad isn’t seen. The first one is that the viewer just doesn’t want to see your ads, but the second is typically player size, and this is the biggest red flag for not having that seen,” says le Riche.

“What we’re seeing in the market is that a large chunk of inventory is actually occurring in small banner size players, auto play, unlike what brands actually want – pre-roll players, which are typically much larger, 1,000-pixels-plus players. That contributes to better viewability metrics.”

Although this project is utilizing U.S. and Canada as its pilot markets before globally expanding to Africa, Asia, Eastern Europe and the Middle East, le Riche maintains that the partnership between Mondeléz and TubeMogul – they had been working together for at least a year prior to Monday’s announcement – won’t be restricted to online video advertising.