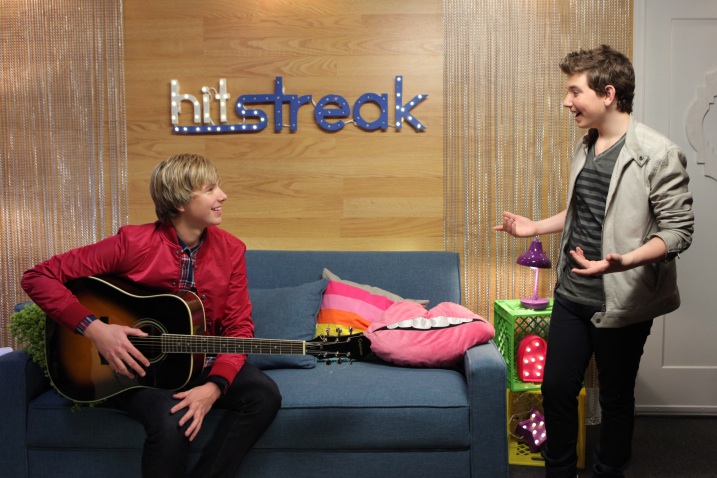 Is this the age of the Instasode? ShowMobile is banking on it

The ShowMobile app is a sign of how entertainment execs are adapting to where kids are, as opposed to re-directing them to traditional mediums.

Tweens and teens have long marched to the beat of their own drums. But currently, those tunes are more than likely emanating from a mobile device. In fact, last year Pew Research found that 78% of U.S. teens own a cell phone, and 25% of those aged 12 to 17 consider themselves “cell-mostly” internet users.

It’s figures like these — and his 20-plus years in the music industry — that led former Britney Spears producer Eric Foster White to launch Denver, Colorado-based ShowMobile, a COPPA-compliant mobile platform that aggregates exclusive music-themed content and social media activity in one centralized hub. The app’s potential rests in advertising opportunities, as well as collaborations with influential stars like YouTube phenomenon Austin Mahone.

But ShowMobile is as much a sign of how entertainment execs are adapting to where kids are, as opposed to re-directing them to traditional mediums.

“If you are going to tell a story across the portals kids use, you need tech to centralize it. They aren’t going to chase you across different platforms. So that’s the genesis behind our tech,” says White of ShowMobile’s inaugural series, HitStreak.

So far, this approach has struck a chord with its intended mobile demo of tweens and teens, as the app has garnered close to 42 million video views on YouTube, 4 million in-app episodic views and 2 million social engagements since launching last October.

The original made-for-mobile family series HitStreak follows the lives of aspiring teenage singers in Miami working to make their dreams of becoming pop sensations a reality, one that is steeped in real time.

The series pulls together different social media activities into one channel that features a 6-minute episode of traditional video every week, which is accompanied by scripted social networking on the part of the cast. For example, when a cast member is texting, his or her messages pop up on fans’ mobile screens, and 3 or more times a day, a cast member will engage in a social element such as posting a picture or video on Instagram that furthers the storyline.

“We call those an Instasode,” says White. “And the next morning, fans will check their phones right away and find a Facebook status update from a character. That afternoon, two cast members could text one another and fans will receive their ‘private’ messages.” 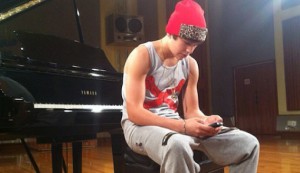 ShowMobile’s second channel came courtesy of pop star Austin Mahone (pictured right), who launched his branded channel on the app in May with the intention of aggregating all of his social media activity in one place.

It’s a sensible collaboration, given that the 18-year-old’s popularity is rooted in the world of social media, having received public notice as a YouTube star à la Justin Bieber back in 2011. To date, he’s enlisted more than a million YouTube subscribers and more than 6 million Twitter followers.

In partnerships like these, ShowMobile will share revenue for virtual goods and in-app advertising. And the company is already benefiting from its association with the superstar, who drove 40,000 new users to the app in the partnership’s first 10 days.

Aside from gaining users, ShowMobile’s other main focus is branded advertising. The texting component of the app has positive implications for advertisers that can offer discounted coupons directly via the phones of their target demographic.

“That’s a huge ad unit for the right advertiser that can target gender, too. They can leave mobile coupons in users’ text feeds, and then we can use analytics to gauge interaction,” says White. “Virtual goods, which form a multi-billion-dollar annual industry, are also a huge driver of activity on the app.”

To be sure, the platform can’t store personal information about anyone under the age of 13, as White points out that it was his goal to meet all COPPA guidelines without any shade of doubt. It’s a necessity, given that roughly 80% of the ShowMobile app’s users are under 18 (76% of users are female).

White says the American Idol-like potential of a series like HitStreak is also keeping momentum alive at the young company, which intends to sign performers, including full bands, and delve further into music-based publishing.

Beyond music, ShowMobile intends to step foot inside fashion, beauty and gaming content, with the goal of creating a full mobile multi-channel network by this fall.