The Amsterdam-based MCN plans to build up its content distribution network and bolster on-the-ground support for American content creators.

Zoomin.TV may not be a household name in the U.S. right now, but that could be changing with the company’s announcement on Tuesday that it is officially launching in that market.

As part of the push, the Amsterdam-based company plans to build up its content distribution network and bolster on-the-ground support for its American content creators. Zoomin.TV is also adding Chris Young, co-founder of Digital Broadcasting Group, a video producer and distributor that last year was acquired by Alloy Digital, to its board of directors. 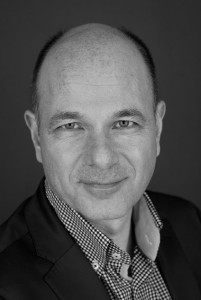 Zoomin.TV founder and CEO Jan Riemens (pictured) says he wants to establish relationships with as many distribution partners as the company has in Europe — more than 1,000. For the last couple of years, Zoomin.TV has been producing videos for Yahoo in the U.K., AOL and YouTube, where they launched mid-last year.

“At one point, we woke up and saw that 25% of our viewers are from the United States. So we have YouTube, we have the largest global publishers as main clients, so it’s completely logical to have a presence in the U.S., and it saves me a lot of flying up and down to New York and San Francisco to do business,” Riemens says.

Zoomin.TV just opened an office in Miami to service its U.S. hispanic audience, and a New York office is set to open in September. It also plans to open an office in India. It’s one of Europe’s largest MCNs, ranked by SocialBlade.com as #14 out of the top 100 YouTube networks based on views, likely thanks its multi-language gaming-focused networks like the Zoomin TV Games channel (screengrab).

So far, Riemens says he’s satisfied with the YouTube rev-share business model, of taking a 45% of advertising revenue sold against their channels. “We’ve been doing this for the past 8 years, so we know how expensive it is to house streaming content, to go out and service publishers with systems and so on. In every country we’re operating, we have a sales staff selling directly to advertisers and media buying agencies, and we know what the costs are. So I think 45% is reasonable.”

Zoomin.TV curates 40 content channels daily with over 400 unique videos per day that are distributed across web publishers throughout 12 offices, in 14 languages and 35 countries spanning Europe, Asia and Latin America. It recently announced a licensing agreement with The Washington Post for the content of its digital video channel PostTV.