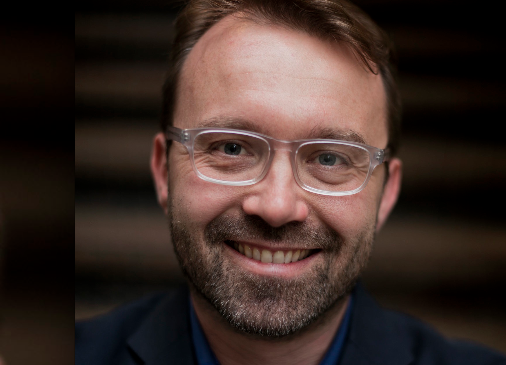 Why Barcroft Media is expanding into long-form

At the moment, the company has 1 online B-to-C channel called Barcroft TV that has distribution agreements with VOD publishers like Yahoo and Youku. Founder and CEO Sam Barcroft says expansion plans include launching between 5 to 10 new verticals by this time next year. Taking a cable-broadcaster approach to categorization, the channels will be very niche and stream half-hour series licensed from factual entertainment producers. StreamDaily caught up with Barcroft at Stream Market to find out more.

Q: Why is it important to move into channelized, long-form content right now?

A: Barcroft media was originally a print company and therefore we produce a lot of text and photos, as well as video. So it’s a bit more like Vice.com in that (we can) give you a multimedia experience. We need to create places where you can see our photos and text and video at the same time, which obviously we can’t really do on any of our video partner sites, we have to do it in our own environment.

In terms of long form — YouTube especially is very keen to move into long form. It’s fighting a battle of screen minutes against games, other social networks, Kindles, and regular linear TV. For YouTube, the big battle seems to be more seconds spent watching YouTube rather than anywhere else, so one’s videos will keep people there for longer and longer. Their algorithm will likely change to favor longer-form content in an effort to keep the incredible numbers of viewers staying with them for longer and longer. And so as content providers, we need to respond to that by providing content that fits that demand.

Q: Can you talk a bit about the rollout and what types of channels you will have?

What we plan to do is … take a Silicon Valley approach on new channels. We want to Beta-test everything. We don’t want to launch a channel, have people tell us they don’t like the channel, and then carry on trying to make that channel work for 2 years. That’s the old school way of doing it, that’s a linear-TV approach. What we want to do is launch a brand, listen really carefully to what feedback that we get and then adapt that channel. And if it doesn’t work then we’ll fast-fail it.

We hired a presenter called Alix Fox  who’s a well-known journalist in the U.K., and she’s going to present a weekly show, which will (stream) on BarcroftTV, that will help us to talk to our viewers about what we’re doing and discuss what the viewers are saying about our content. If we were in print she’d be our public editor.

Q: Why do you think the expansion plans will be successful?

A: Where Netflix and others have had great success with premium drama on subscription-based channels, we think factual is slightly different and we think that audiences naturally look to free-to-air VOD sites for premium factual content. And so we think there’s a big opportunity for producers and rights holders to monetize their long-form on free-to air VOD platforms. And we want to help other producers and rights holders do that across our new suite of channels.

We’re cross-screen — on MSN, YouTube, (Yahoo, Youku, GyaO, etc.) — we’ve got a real reach into markets that linear TV distribution is unlikely to reach – a new, younger audience. And because there’s advertising on all of that, it’s a really interesting way of rights-holders to find a new way to get money out of titles that have already performed for them.

I think a lot of traditional broadcasters aren’t really completely keyed into the demand that all these platforms have, how they all differentiate, how one form has a different audience to another, or is strong in one territory or a different one. We’re really doing our homework on that and trying to find out how we best take advantage of the amazing reach these platforms have and how we can make money out of that across short-form and long-form. But another key part of what we wanna do is we want to stay premium, we want to be all about premium-produced content.

Q: What does premium mean to you?

A: We’re not interested in signing up every 12-year-old guitar player from Albuquerque. Premium means something that feels like it’s quality and either because of the subject matter or because of the production values at its heart. But also exclusivity is really important, so being able to find content on our channels that you wont’ find in other places is really important to us.

This interview has been condensed and edited