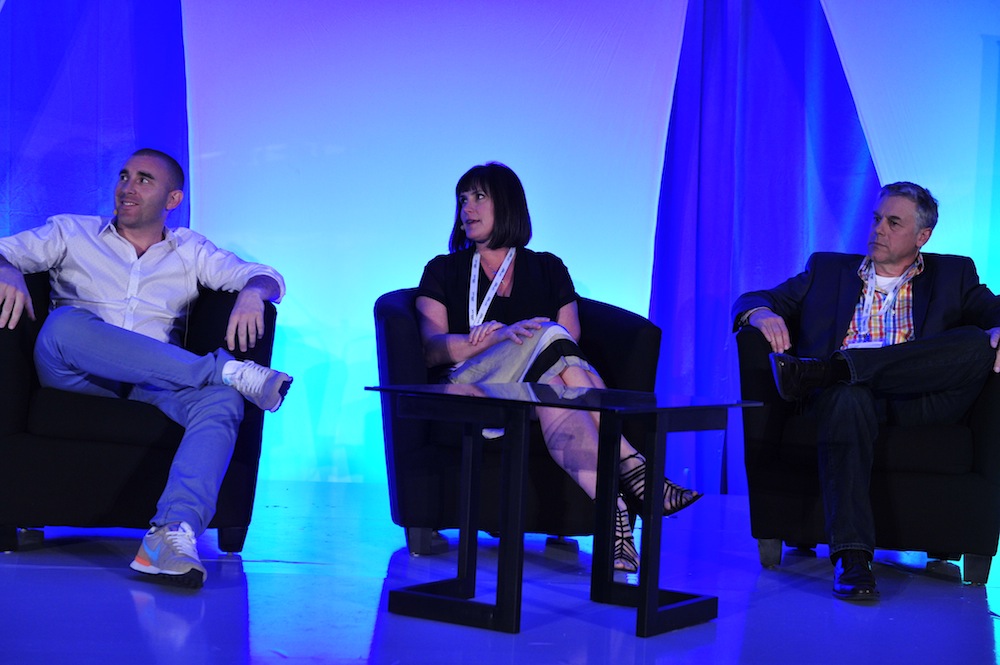 Mondo Media co-founder John Evershed explained at Stream Market how the company uses multi-platform distribution to wring every last bit of profit from its digital series.

At the Stream Market panel A Windowless Future: Alternative Distribution Models in Santa Monica on June 3, Mondo Media co-founder John Evershed was asked how his company makes money on the content it produces for YouTube.

Evershed’s answer: “By all means necessary,” from broadcast to DVD.

“The investment in (Happy Tree Friends) alone is to the tune of $15 million and counting, but it’s very profitable for us. Animation has a long tail, unlike a lot of other popular categories on YouTube.”

Mondo Media garnered nearly 3 billion YouTube views for its animated videos aimed at teens and young adults, including the series Happy Tree Friends and Dick Figures. But YouTube is far from the only platform it uses to monetize the content.

Often, “we’ll go and pre-sell foreign rights for television windows, digital windows on different platforms and then preserve the rights for a brief TV window here in the U.S.,” Evershed (pictured right) explained.

The first window of exhibition is typically with a Canadian broadcaster, so Mondo can take advantage of the country’s generous production tax credits.

But even with government assistance from the Great White North, it takes a lot of money for Mondo to make money.

“People typically underestimate the investment that it requires consistently on YouTube,” Evershed said. “The investment in (Happy Tree Friends) alone is to the tune of $15 million and counting, but it’s very profitable for us. Animation has a long tail, unlike a lot of other popular categories on YouTube. So Happy Tree Friends continues to pull many, many millions of views per month, even though it’s library material.”

Mondo currently has approximately $3 million worth of short-form content in production, which is “just a giant fishing expedition to find one compelling property out of that library,” Evershed said.

Evershed compared Mondo’s development process to a 3-stage rocket. In the first stage, the company orders and tests about 30 pilots. The 5 to 10 top-performing pilots that receive upwards of a million views over the course of 6 months or so get series orders. If a show performs exceptionally well online and on broadcast, Mondo takes it into the third stage and packages it for brick and mortar retailers with distribution partners such as Cinedigm.

Cinedigm’s EVP of corporate marketing and communications Jill Newhouse Calcaterra (pictured), who was also on the panel, pointed to Happy Tree Friends as an example of a third-stage partnership between the companies. Last year, after the series had already garnered tens of millions of views on YouTube and aired on MTV and G4, the two companies teamed to put out a DVD featuring all 13 of the show’s half-hour TV episodes, along with 75 shorts and bonus materials.

“(It) sounds almost backwards in this day and age of new media,” Calcaterra admitted. “But we said, ‘There’s a huge audience. (So) we put it into a big gift collection and sold it into mass retail in the U.S.,” including Wal-Mart.