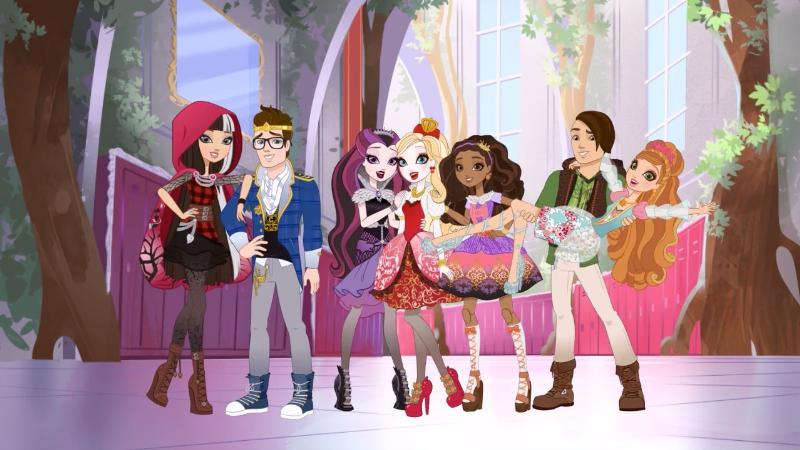 Mattel Playground Productions sells Ever After High to Netflix

The toymaker's in-house production studio will make a 12-episode original series and a film based on its line of dolls, as Netflix continues to bolster kids programming.

Netflix announced on Monday that it has greenlit yet another animated children’s series, Ever After High, based on Mattel’s line of dolls and books. The show will premiere on the streaming service in all territories early next year.

The 12-episode original series will be preceded by a film called Ever After High Spring Unsprung. Animated short-form webisodes of the series are currently available on Netflix and EverAfterHigh.com. The series, the film and the webisodes are all being produced by Mattel Playground Production, a division launched last year to promote traditional toy brands through the creation and distribution of digital content.

Last week, Netflix announced that it had ordered 3 seasons of the DreamWorks Animation series Dinotrux, set to premiere next spring, and 26 episodes of the Scholastic Media CG-animated series The Magic School Bus 360°, scheduled to premiere some time in 2016.

It came on the heels of recent announcements that Netflix would be bringing a trio of new shows for the streaming service debuting in 2014 – King Julien, Puss in Boots and VeggieTales in the House – as well as future new episodes of DreamWorks Dragons, which is set to debut its third season on Netflix in 2015.