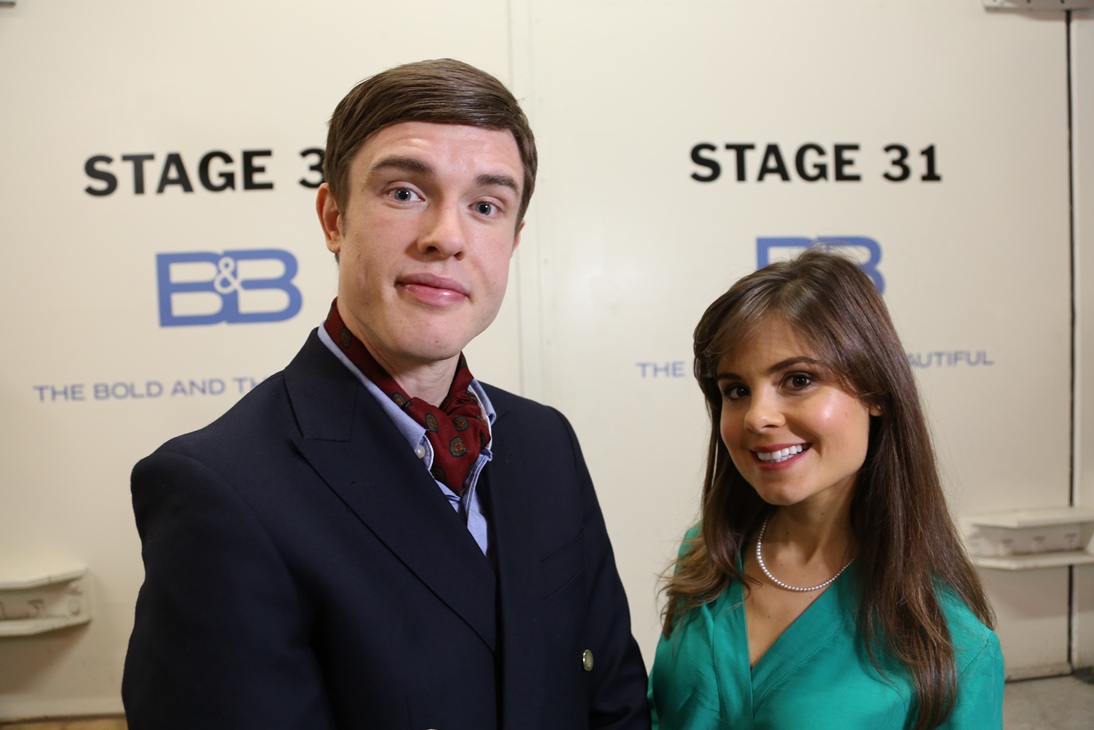 The two stars of BBC America’s first original comedy Almost Royal are meeting up with “ambassadors of the internet” in the show’s YouTube spinoff series.

Filmed at YouTube Space LA, the first few videos debuted Wednesday, just ahead of the show’s premiere next weekend, scheduled to air after the Orphan Black season 2 finale.

Clips feature snooty sibling (and sorta-aristocrats) Poppy and Georgie Carlton, played by Ed Gamble and Amy Hoggart (pictured), who are in character while chatting with YouTube royalty like Hannah Hart, Mamrie Hart, of “My Drunk Kitchen” and “You Deserve a Drink,” respectively. Four videos are up so far from the Almost Royal Goes to YouTube series, including a couple of sit-downs with What’s Trending’s Ethan Newberry.

Produced by Burning Bright Productions, Almost Royal is a 7-episode series ordered by BBC America this spring, and the network’s third original scripted series. It follows the critical success of the sharp-witted Orphan Black, a show that has seen much critical acclaim since launching last year.

With the YouTube promo of Almost Royal, BBC America, which is a part of BBC Worldwide and BBC Television, appears to be courting a younger-skewing demo that is the fanbase of the online influencers.