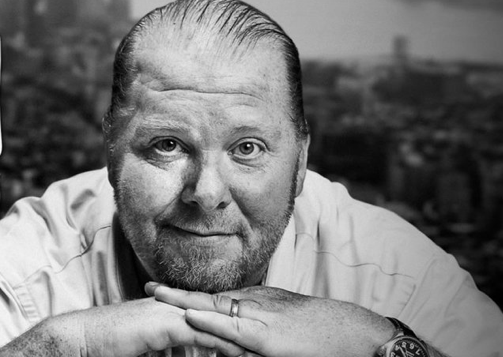 Titled The High Road with Mario Batali, the 12-episode black & white series has a similar formula to currently running Crackle and AOL shows.

Celebrity chef Mario Batali launched his new series The High Road with Mario Batali on Thursday on the ad-supported Hulu and the Hulu Plus subscription services.

Shot in black & white, the show has an initial 12-episode order. It is being produced by Batali’s Via Alta Productions in association with Reyna Mastrosimone, Eyepatch Productions, Southdown Pictures and series brand sponsor Hyundai Motor America.

In a set-up reminiscent of Jerry Seinfeld’s Crackle series Comedians in Cars Getting Coffee and AOL’s Park Bench with Steve Buscemi, each episode of The High Road has Batali engaging a celebrity in candid conversation as they board a tour bus and embark on a journey to an unexpected locale in New York City.

In the premiere episode, Batali challenges ABC News correspondent George Stephanopoulos to a heated shuffleboard match at The Royal Palms Shuffleboard Club in the Gowanus neighborhood of Brooklyn.

New episodes of the show will premiere every Thursday.

Screengrab from trailer for The High Road with Mario Batali.