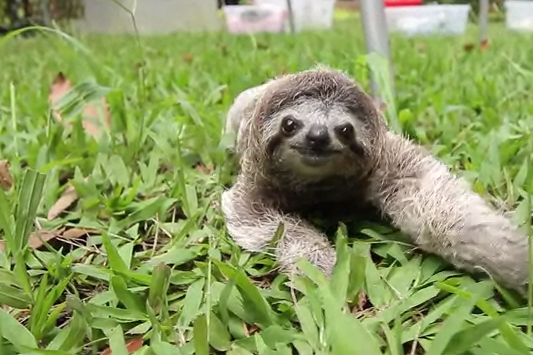 Taking a page from the playbook of cable’s Discovery Channel, where Shark Week has been a reliable ratings winner since 1987, Discovery Digital Networks announced on Tuesday that it will be launching its first-ever Sloth Week this month, with 6 days of online programming dedicated to the notoriously slow-moving mammals starting on June 20.

The home base for Discovery’s sloth footage will be its Animalist website, which will feature Animalist News reports from host Catie Wayne’s visit to the Sloth Sanctuary of Costa Rica. AnimalPlanet.com and Animal Planet L!VE (APL.TV) will provide viewers with sloth video playlists and 24-7 access to Cocoa, Bonnie and Okra Mae live from Zoo Atlanta on the Sloth Cam. Sloth programming will also be highlighted on TestTube.com’s DNews and Anyhoo and SourceFed.

Sloth Week will be cross-promoted on the Discovery cable channel Animal Planet, which on June 21 will encore the documentary Meet the Sloths, following five people who live in the Sloth Sanctuary of Costa Rica, which is dedicated to saving orphaned and injured sloths.

Sloth Week will conclude on June 25 with an opportunity to hang out with a sloth on Animalist’s special Google+ Hangout page.