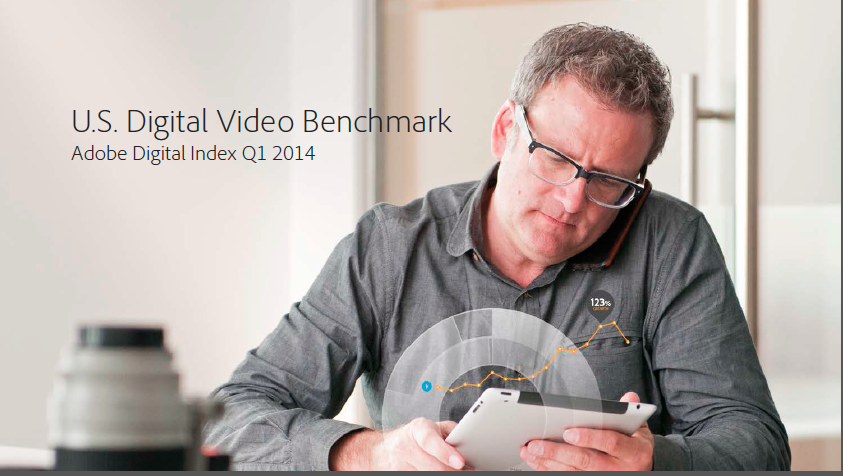 TV Everywhere content saw a triple-digit increase in consumption, according to the report.

People are streaming broadcast television and online video programs on their smartphones and tablets in record numbers, reports Adobe Digital, the research arm of Adobe.

A report released last week entitled U.S. Digital Video Benchmark finds that in the first quarter of this year, online video consumption increased 57% from 2013, setting the first of two new records. The other one? Overall online video starts registered a 43% year-over-year increase, clocking in more than 35 billion viewings.

But that growth almost pales in comparison to the leap in authenticated viewing of broadcast shows from channels subscribed to via cable or satellite network — or as it’s known in the industry, TV Everywhere: 246% across devices during first quarter time periods between 2013 and 2014. And 21% of U.S. Pay-TV households now access TV Everywhere content across their mobile devices and browsers, with the report recommending that advertisers jump on board this new broadcast content medium early and create targeted campaigns.

TV Everywhere content enjoyed another triple-digit increase — 157% this time around — of visitors per month across all access points, while the number of videos watched monthly by each visitor increased 133%, mainly due to access via iOS and Android apps. In fact, as TV Everywhere’s most popular access tool, the  iOS app boasts 43% of market share.

The overt message here is that online video content, whether it be TV Everywhere or otherwise, is growing at a monster rate as a primary entertainment medium for potential consumers, and that marketers need to creatively integrate their content into these exploding mediums.

The Adobe report was based on consumer video viewing in 2013 and 2014, and comprised of aggregated, anonymous data from media and entertainment sites gathered from Adobe Analytics and Adobe Primetime, with sample information including 151 billion total online video starts and 1.3 billion TV Everywhere authentications.