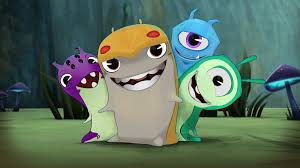 The on-demand kids content platform has launched in mainland China, Macao and Hong Kong, with plans to co-produce movies based on Slugterra with new characters and storylines from the East.

After getting buddy-buddy with a number of producers for distribution agreements (including Nelvana Studios, Nerd Corps, Vodka Capital, Zodiak Kids and DQ Entertainment), Ciwen Media Group this week announced the launch of BuddiesTV, an on-demand kids content platform for mainland China, Macao and Hong Kong.

China-based Ciwen Kids acquired rights to a wide array of children’s programming in recent months — such as Franklin and Friends, Babar, Jelly Jam and Slugterra. The programming will be available on various online streaming platforms, IPTV, OTT TV, iOS and Android apps, as well as branded slots on traditional TV. All the episodes will be dubbed or sub-titled for the Chinese market, while Ciwen has plans to co-produce movies based on animated TV series Slugterra (pictured) with new characters and storylines from the East.

This will be the first on-demand children’s cross-platform service available in China, and Ciwen currently has several providers, including IQIYI, Tencent Video, BesTV, xiaomi box and China Telecomm. The company plans to announce more partners in the coming months.